On his website, fantasy novelist George R. R. Martin has posted some of “Elden Ring’s” favorable reviews, highlighting some of the game’s critics’ opinions.

On his website, author George R.R. Martin addressed the reviews for FromSoftware’s “Elden Ring“, offering some of the game’s many good reviews. Martin complimented “Elden Ring” before its release, helping to build anticipation for what has already become one of the year’s most anticipated games.

During the early phases of production for “Elden Ring”, FromSoftware approached George R.R. Martin, well known for his A Song Of Ice And Fire novels, which were converted into HBO’s Game Of Thrones series. Martin was asked to aid with worldbuilding. Despite previously admitting that video games were not his thing, having only played a handful of strategy games, he couldn’t turn down the offer after viewing the stunning concept art created by the FromSoftware team. “Elden Ring’s” complex fantasy plot, one of the many parts of the game that have been hailed by critics and fans, was aided by the designer.

Martin praised the wonderful reviews from Esquire, NPR, and Gamespot on his website, GeorgeRRMartin, emphasizing some of the buzzwords that have become synonymous with the game: “A masterwork… once in a generation… magnificent and cruel… a sumptuous open world…” In a previous article, GeorgeRRMartin noted that he finished his part in the project very early on, and that the game remained in production for years after he gave FromSoftware his work, writing: “These days, videogames are as huge as (if not bigger than) movies… and require the same amount of time to make.” Although GRRM humbly said that he had just a “little” role in the creation of “Elden Ring’s” universe, it is evident that he is ecstatic with the final result, describing the reviews as “music to the ears.” 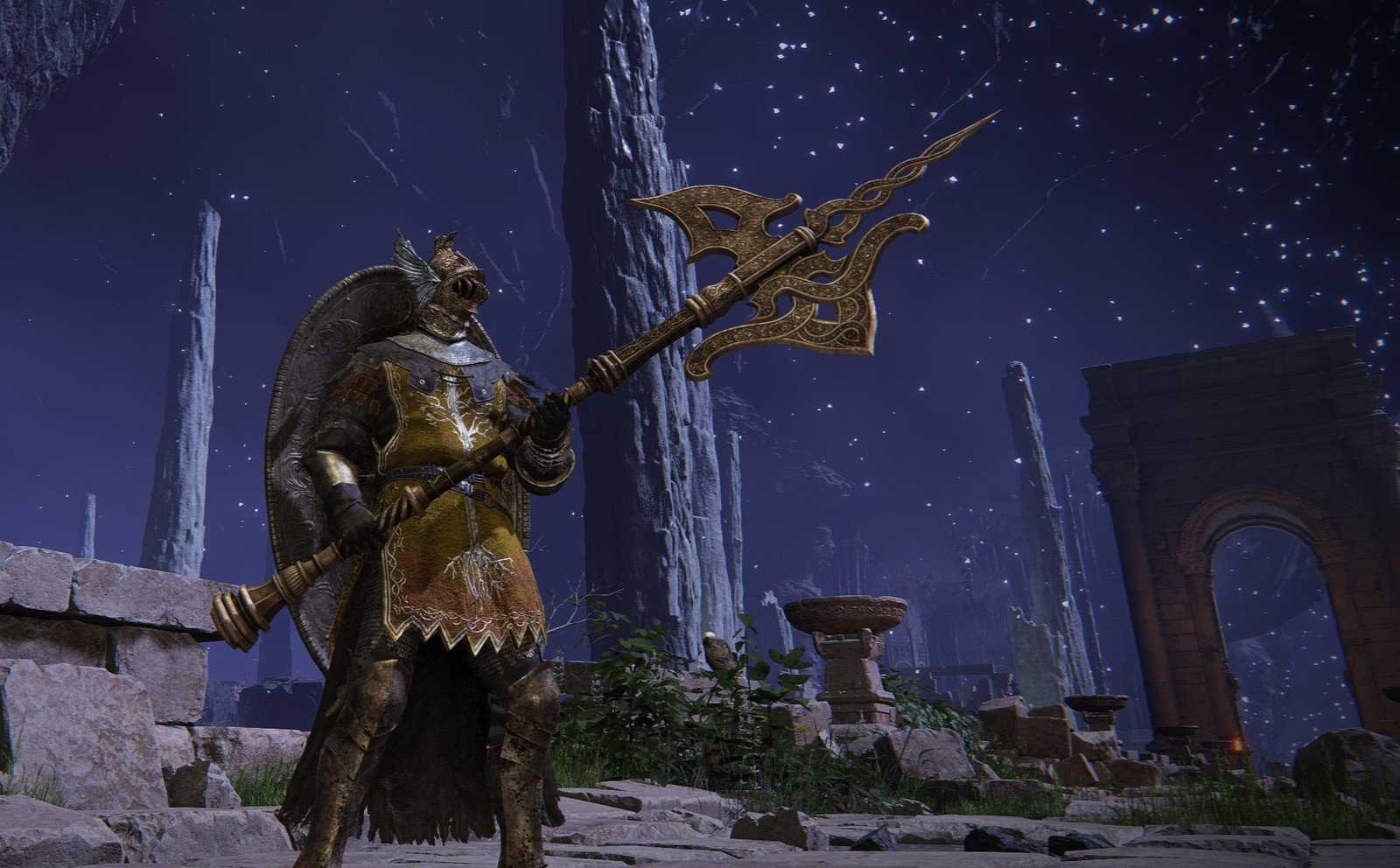 Since its release, “Elden Ring” has received widespread acclaim, thanks in part to Martin’s deep worldbuilding, but also to the game’s stunning aesthetics and gameplay. The latter, on the other hand, has sparked debate, with casual players who appear ignorant of the game’s complexity clamoring for an easier mode, prompting game designer Hidetaka Miyazaki to apologize to those who found “Elden Ring” too challenging.

With the publication of “Elden Ring”, fans may anticipate what George R.R. Martin will do next, with HBO turning his 2018 novel Fire & Blood into House Of The Dragon, a Game Of Thrones prequel that will follow House Targaryen’s demise. While it’s unclear whether Martin will be involved in other games, fans are eagerly anticipating the next two volumes in his A Song Of Ice And Fire trilogy, which he’s been working on for more than a decade and says will be different from HBO’s Game Of Thrones. Until then, fans may immerse themselves in “Elden Ring’s” Lands Between.

Swapping Guns With NPC Soldiers Will Be Back For “Halo Infinite”