The questlines in “Elden Ring” may be somewhat perplexing, so there’s no shame in feeling a little befuddled about how to progress at times. This guide will follow you through every step of Millicent’s lengthy and meandering quest, which finally ends in a crucial item you may want to have on hand at the finish of the game.

Locate and chat with Gowry

To begin Millicent’s questline, chat with an elderly man named Gowry, who lives in a hut in eastern Caelid along the route to Sellia, Town of Sorcery. After you’ve exhausted his discussion about the Unalloyed Gold Needle he’s looking for, you’ll be off to the local exchanges to get it. 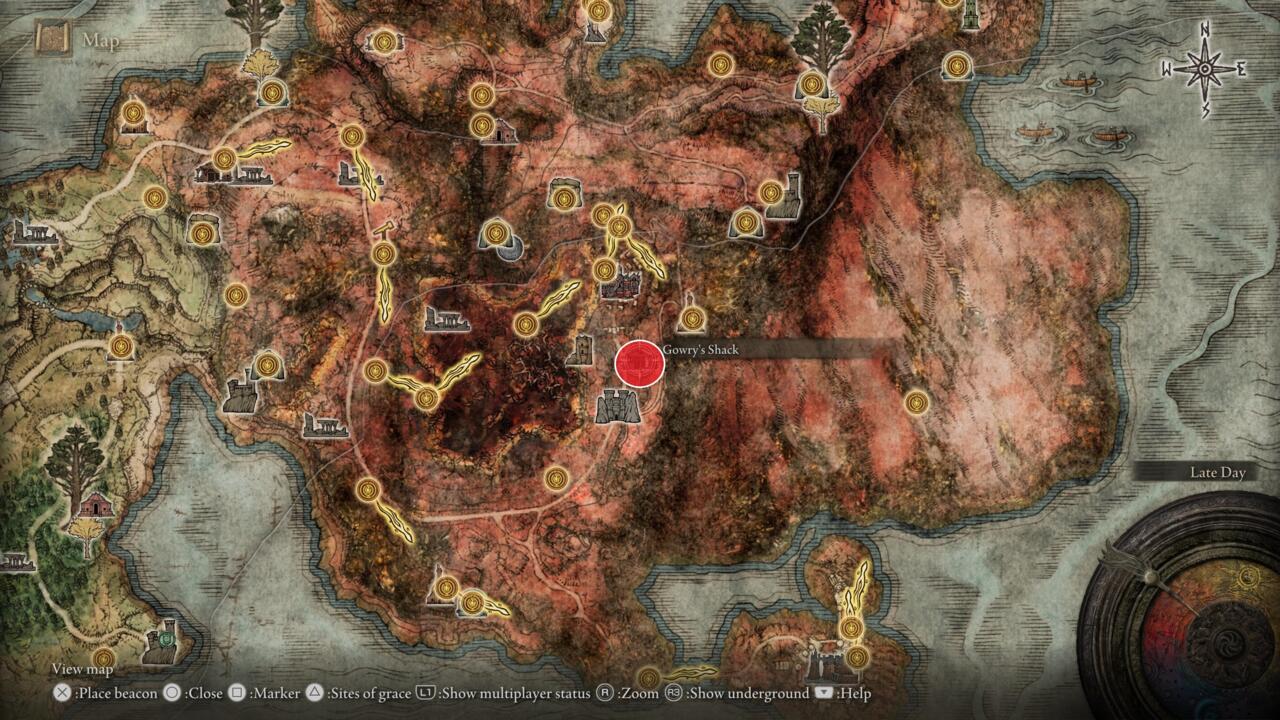 Commander O’Neil must be defeated 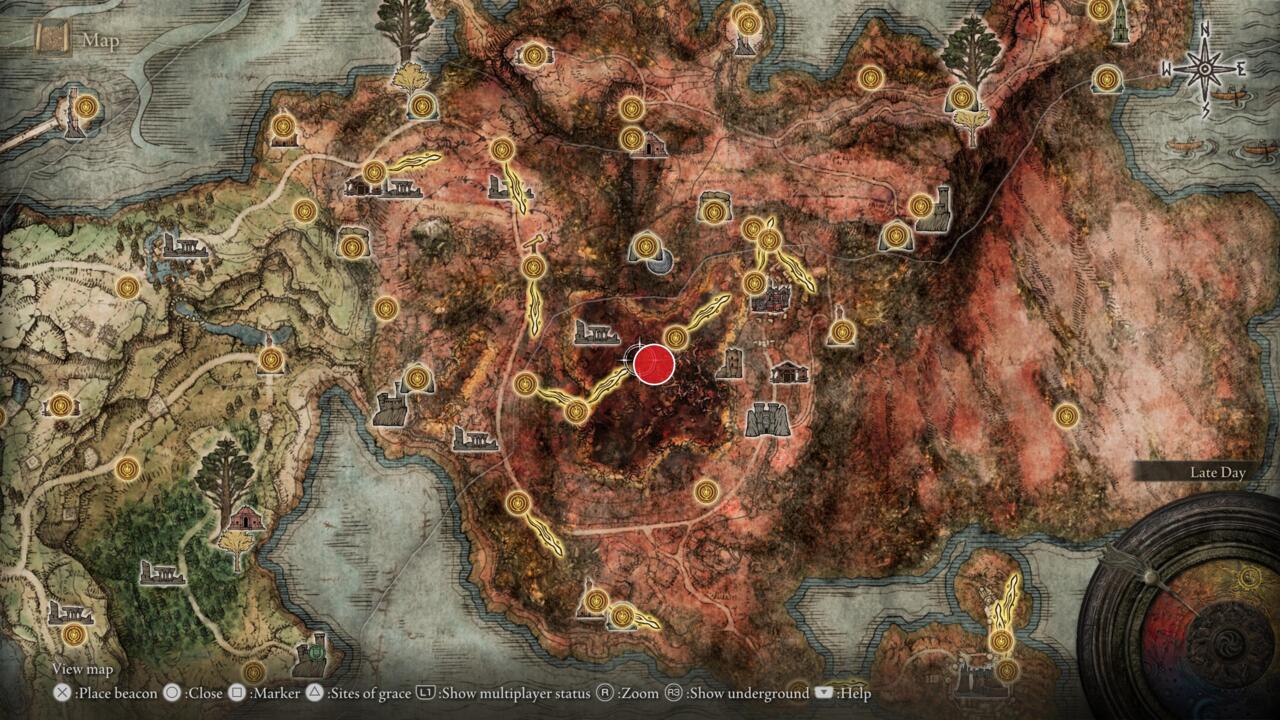 Gowry should be visited twice

Return to Gowry and exhaust his discourse once again, then quickly travel to the nearest Site of Grace and sprint back to him. After that, he’ll deliver you the mended needle and tell you about the mysteries of Sellia, Town of Sorcery. Following that, you’ll travel to the Church of the Plague to locate Millicent and formally begin her questline.

Speak with Millicent in the Plague Church

To get to the Church of the Plague, you must first battle your way through Sellia, Town of Sorcery, lighting all of the braziers and killing the area monster. If you were teleported to the Beastial Sanctum earlier in the game, you may also fast travel to that Site of Grace and head south to find the church. 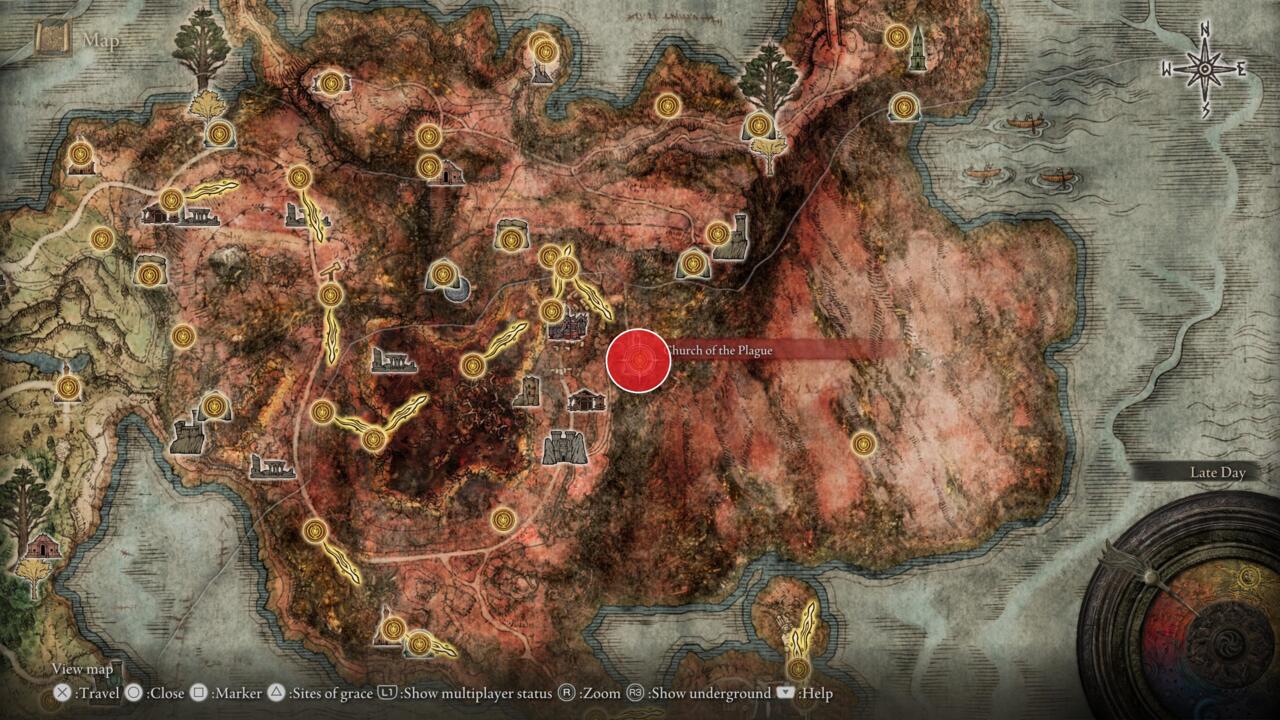 Millicent will be waiting for you as you arrive. Give her the needle, then rest in a nearby Site of Grace to reset her conversation. After enough conversations with her, she’ll award you the Prosthesis-Wearer Heirloom talisman, and you’ll have completed the first half of her quest. You must return to Gowry’s Shack in order to proceed.

Return to Gowry’s Shack once more

When you return to Gowry’s Shack, you’ll notice that Millicent has arrived and has some things to say. Exhaust her talk, then quickly leave, returning to the hut to find Gowry has returned. If you finish his dialogue, you’ll have finished the Caelid section of Millicent’s narrative.

The Valkyrie’s Prosthesis may be found at the Shaded Castle

To continue Millicent’s questline, you must first visit the Shaded Castle, which is located far to the north between Mt. Gelmir and the Altus Plateau. Fight through the area until you reach a small room guarded by a Cleanrot Knight. The Valkyrie’s Prosthesis may be found within the chamber, allowing you to progress Millicent’s discourse in her new location of Altus Plateau. 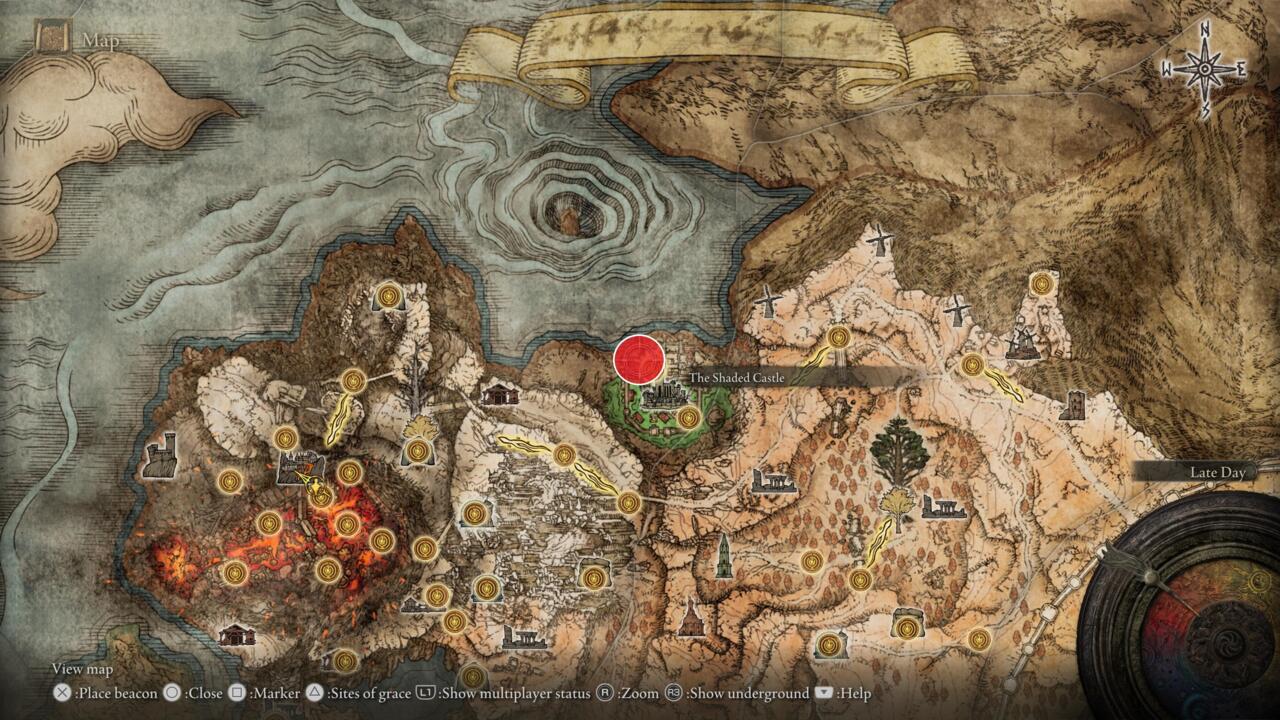 Millicent may be found approximately to the north of where you spawn at the Erdtree-Gazing Hill Site of Grace in Altus Plateau. Give her the Valkyrie’s Prosthesis and make her discourse as long as possible. Following that, you’ll return to the north to defeat and chat with Millicent once again.

Make your way to Windmill Village and vanquish the Godskin Apostle

The Windmill Village is located in the northern Altus Plateau and contains a rather standard gauntlet of creepy opponents with the Godskin Apostle boss at the top. The Godskin Apostle is a difficult battle for lower-level characters, but he shouldn’t be a long-term issue if you remember his attack patterns. 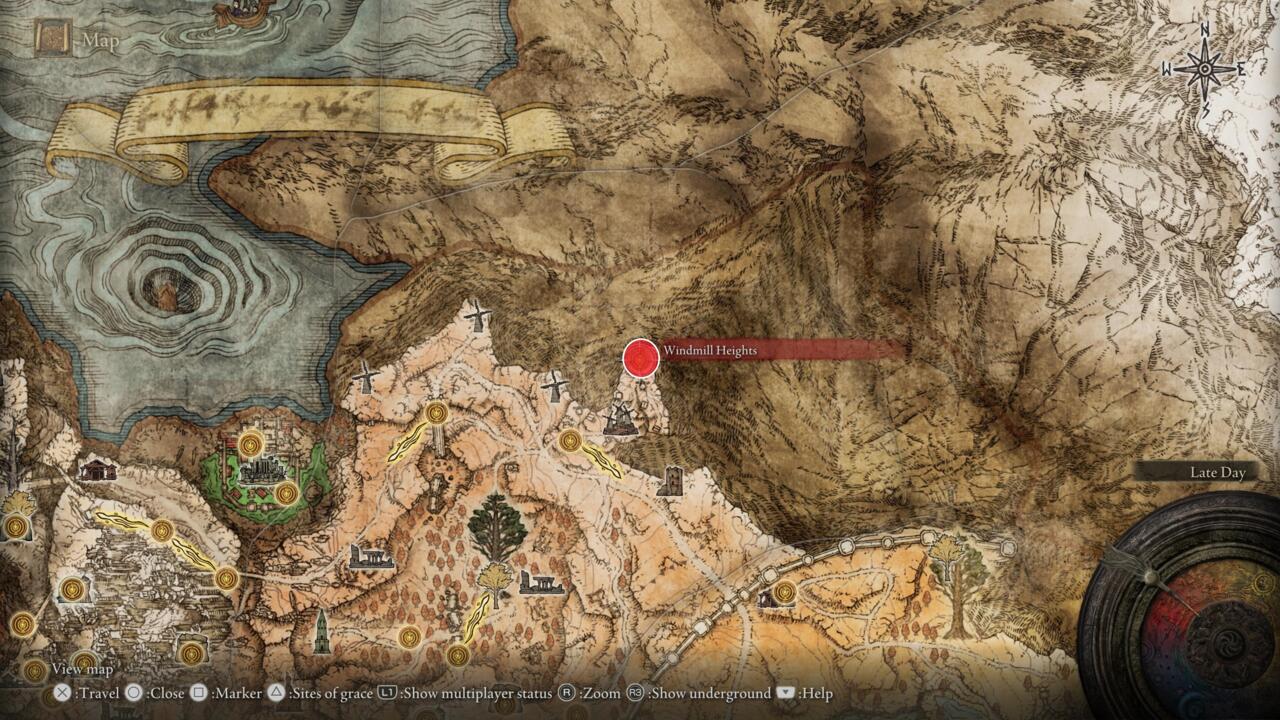 Rest at the neighboring Site of Grace when the Godskin Apostle collapses. When you return, Millicent will be hanging about with more chat to exhaust. If you do this, you will have completed the section of her quest that takes place at Altus Plateau. You won’t be able to locate her again until you reach the late-game region Mountaintops of the Giants.

Speak with Millicent at the Giants’ Mountaintops

You’ll acquire entry to the Mountaintops of the Giants late in the main tale. In this biome, Millicent may be located adjacent near the Snow Valley Ruins Site of Grace. She has a lot to say here, so listen to what she has to say before preparing to gather the two halves of a medallion needed to access the Haligtree region.

Locate the two pieces of the Haligtree Medallion

After fighting Commander Niall in the northeast of the Mountaintops of the Giants, one portion of the Haligtree Medallion may be obtained at the top of Castle Sol. The other needs you to hit a weird pot in Albinaurics, a village in southern Liurnia of the Lakes. When you do, you’ll discover that the pot was really a mask for an elderly guy who would give you the second half of the medallion.

Go to the Haligtree

When you acquire both halves, you will have the whole Haligtree Medallion. You may use this medallion to descend into a new cold portion of the biome by using the Grand Lift of Rold—the same lift that transported you to the first part of the Mountaintops of the Giants. 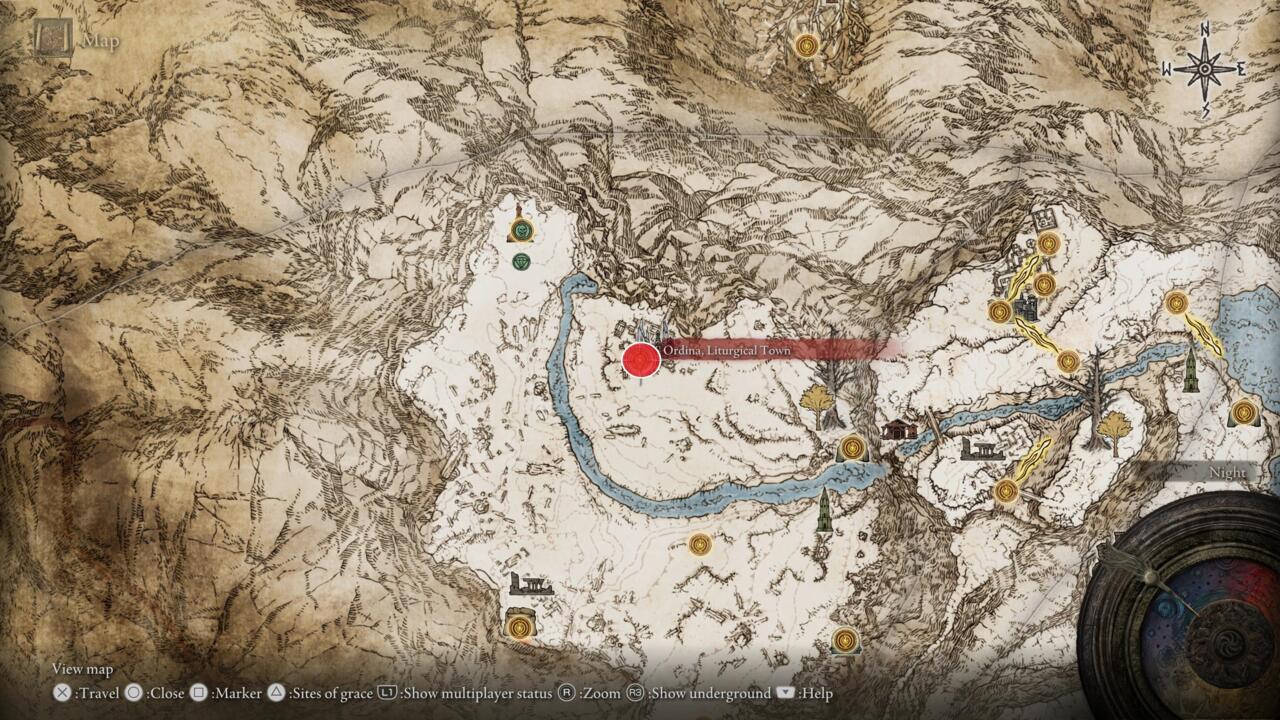 Proceed to the north of this new sector and solve the very simple challenge at Ordina, Liturgical Town (similar to how you solved Sellia, Town of Sorcery). You’ll find your way to the Haligtree in no time.

Speak with Millicent at the Grace Prayer Room

You’ll ultimately arrive to the Prayer Room as you explore the Haligtree. Millicent will be at the Site of Grace, so speak with her and go through all of her dialogue once more. She’ll remain in this position until you finish the following stage. You’re almost finished!

A little farther into the Haligtree, you’ll come across one of the dreadful Ulcerated Tree Spirit bosses that everyone despises. This beast will be especially tough to defeat because the combat will take place in a pond, which will grant you the Scarlet Rot condition effect. If at all feasible, combat him at range by using the outside banks. 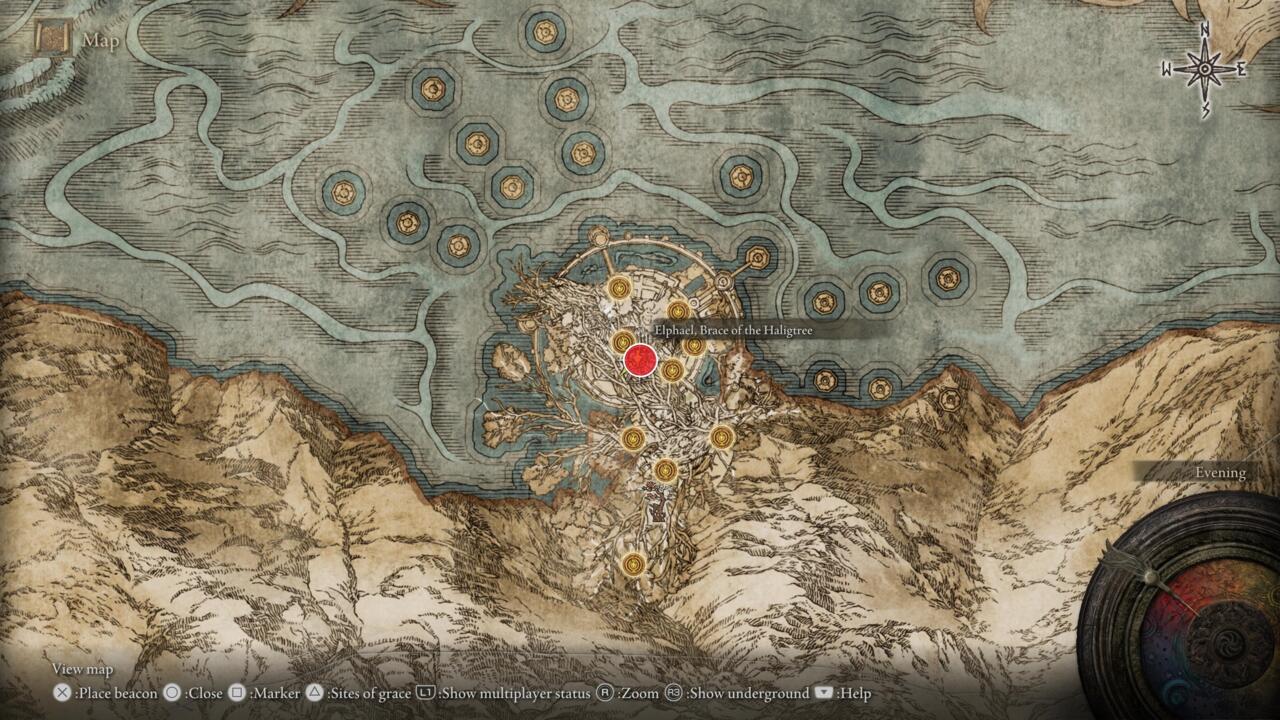 Once the Ulcerated Tree Spirit has been defeated, recuperate in the Grace Drainage Channel Site and prepare for another fight shortly.

Return to the location where you killed the Ulcerated Tree Spirit

Return to the location where you killed the Ulcerated Tree Spirit to locate a yellow and a red summon sign. The former allows you to assist Millicent in her struggle against intruders in her realm, while the latter allows you to murder her.

If you choose to murder her, you will get the Millicent’s Prosthesis talisman, which increases your Dexterity and subsequent attack damage somewhat. However, in most circumstances, you’ll want to select the yellow summon symbol to assist her in avoiding an ambush.

Select the yellow summon icon to assist Millicent in a tough battle against four NPC invaders. At first look, it may appear like tanking one or two and letting her handle the rest is the better option, but she’ll die shortly if you do. Help her attack her targets instead, and maintain the pressure on until all four intruders are dead. You will get the Rotten Winged Sword Insignia talisman as a reward for your efforts, which will increase the power of your assaults with each succeeding hit. 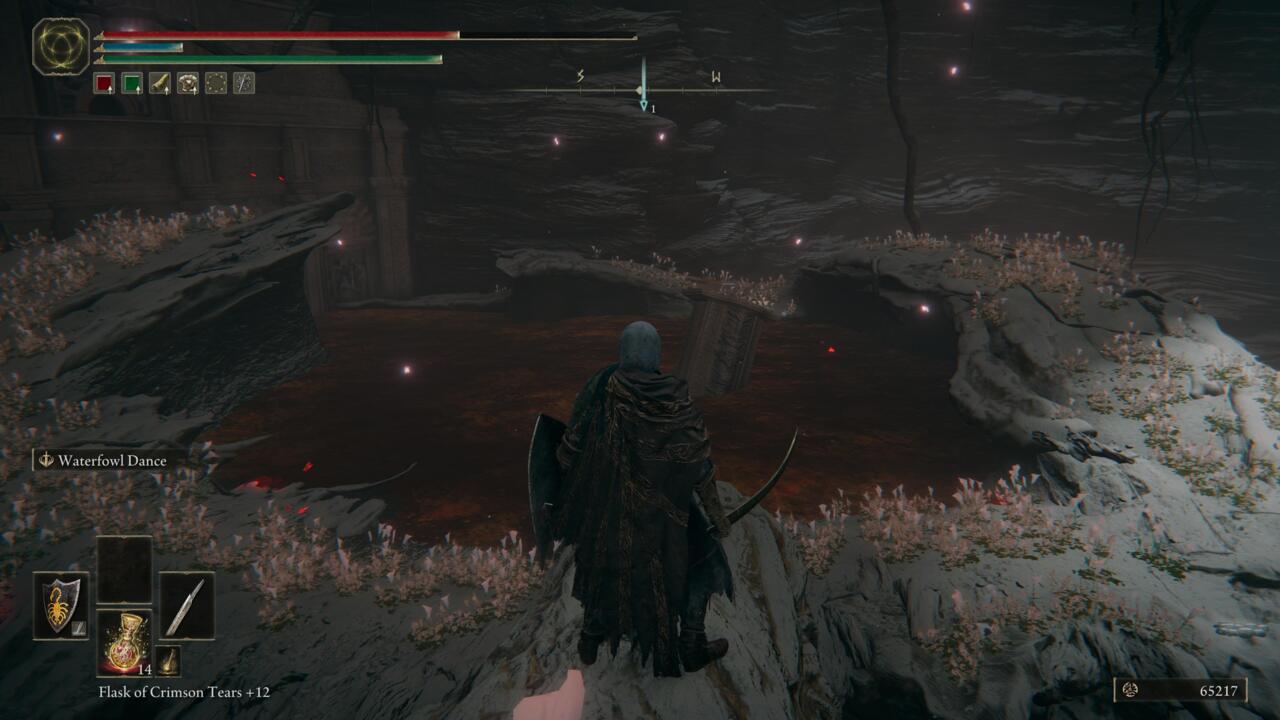 Look for summons signs in the area

Return to Millicent twice more to complete the task

After leaving Millicent’s realm, return to the Drainage Channel Site of Grace and fight the invaders again to find Millicent. Exhaust her conversation, relax, then return a final time to discover her dead. The Unalloyed Gold Needle may be obtained by looting her body. After defeating Malenia, you may use the needle on the flower that spawns in her boss battle area to gain Miquella’s Needle, an essential item that can be used in a certain location near the conclusion of the game to reverse the Frenzied Flame ending if you so want.