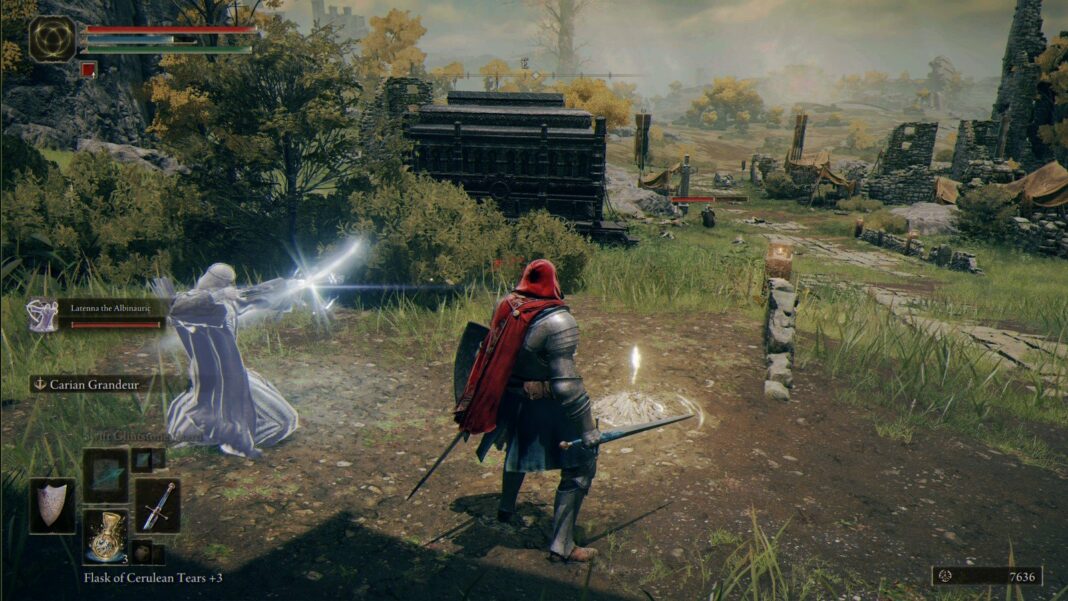 Hidetaka Miyazaki, the director of “Elden Ring”, spoke with Famitsu about the game’s world.

“Elden Ring” is From Software’s first open-world game, and it’s bigger than any of the studio’s prior games. According to Frontline, with “Elden Ring”, Miyazaki thought big from the start, planning to make the project his largest ever game. The end result was a game that was bigger and more ambitious than expected.

Because of the development team’s increasing size and ability, it was able to add scale and intricacy to “Elden Ring“ that it couldn’t before while maintaining the same level of quality that fans have come to expect from the studio.

The developer believed it was vital to provide gamers with an easy means to traverse The Lands Between, therefore our trusty steed Torrent was formed. Horse travel, according to Miyazaki, was included not only to traverse about the globe faster horizontally but also vertically, thanks to Spirit Springs and the double jump. He also explains that making Torrent a phantom steed was done for the sake of ease, allowing players to summon and dismiss their handy companion at any time.

Miyazaki also discussed Sekiro’s impact on “Elden Ring” throughout the conversation. He added that while the two games were developed concurrently, Sekiro had no direct impact on the newer game. The fact that Miyazaki worked as game director on both titles contributed to any influence it had.

Despite the game’s enormous success, Miyazaki admits that publishing “Elden Ring” made him uneasy.

Inside the new issue of Total Guitar: The metal issue! Guitarists from the biggest metal bands on the planet speak about their quests for...