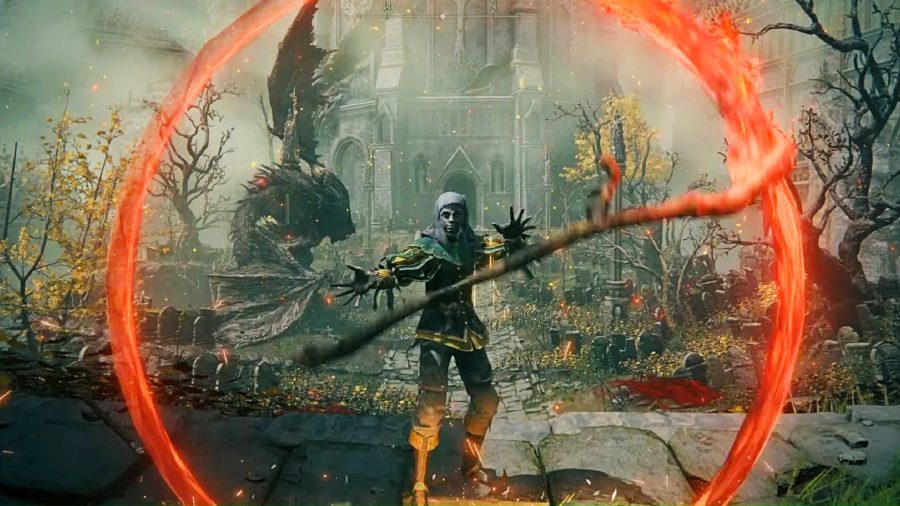 The Tarnished must battle starvation and disease in addition to the Lands Between’s other hazards, thanks to an “Elden Ring” Survival Mode hack. Players will face a variety of challenges in FromSoftware’s open-world adventure, including harsh boss battles and enormous underground dungeons. “Elden Ring’s” Survival Mode mod breathes new life into the fantasy epic, while fan additions like the “Elden Ring” Randomizer Mod can add both variation and complexity to the soulslike experience.

“Elden Ring’s” standard edition has a large number of opponents to battle, objects to acquire, and locations to explore. Hundreds of hours have been spent on a single trek through the Lands Between, but fan-made mods can improve and expand the adventure even more. Fans can change the placement of objects and monsters in the recently released “Elden Ring” Randomizer Mod, for example, to create a completely unique and frequently chaotic experience. Meanwhile, the “Elden Ring” Seamless Co-Op Mod, which significantly enhances the game’s multiplayer feature, allows players to explore the full open-world title simultaneously.

Grimrukh, a well-known soulslike modder on Twitter, has posted a teaser for the “Elden Ring” Survival Mode mod. The Tarnished’s quest will be made even more difficult with the addition of hunger and disease systems, however weapon crafting can help the player become more self-sufficient. An adversary can infect the player character with the Plague of Limgrave, which intensifies the symptoms of hunger and thirst. Hunger and thirst can be quenched by eating cooked meat, and ailments can be treated with certain potions. In Survival Mode, the nights in “Elden Ring” are also darker, giving Grimrukh’s mod a really painful way to play.

The planned “Elden Ring” VR Mod will allow players to explore the fantastical area in peace, while the Survival Mode mod makes the Lands Between even deadlier. “Elden Ring” is transformed into a first-person RPG in this ambitious mod, allowing fans to fully immerse themselves in the soulslike’s brutal fights. However, the next version will also contain a Tourist Mod, which will remove all combat from the game, allowing players to simply relax in the Lands Between. The Tourist Mode in the VR Mod is a very unique way to play the game, as most “Elden Ring” mods focus on improving or altering combat.

Grimrukh’s Survival Mode mod adds hunger, disease, and realistic nights to “Elden Ring”, making the soulslike RPG even more challenging. To prevent getting lost at night or contracting a dangerous disease, players will need to be continuously aware of their surroundings. Grimrukh’s Survival Mode mod will be released on Monday, June 6 for Tarnished explorers looking for a more difficult task.