How To Get Ghiza’s Wheel In The “Elden Ring”? 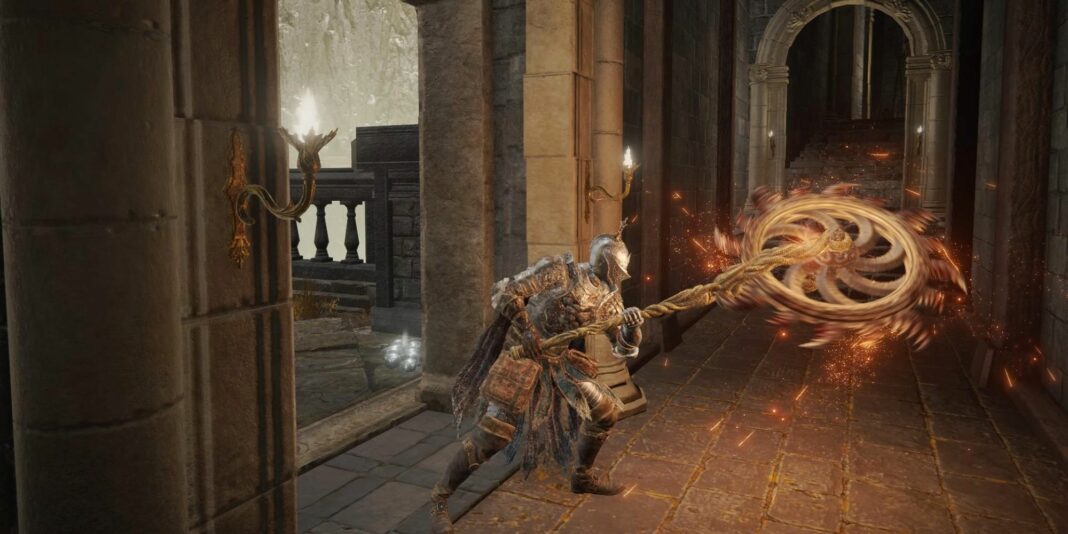 “Elden Ring’s” vast arsenal of weapons includes anything from traditional swords to bizarre gimmick weapons that can be as useful as they are unique. Ghiza’s Wheel, a clear homage to Bloodborne’s Whirligig Saw and one of the game’s most intriguing possibilities for high Strength builds seeking to get a bit strange with things, is possibly the best example of the latter. We’ve got you covered if you’re looking for this massive spinning saw.

The Wheel of Ghiza explained

Ghiza’s Wheel is a massive iron weapon that can be wielded with 28 Strength and 18 Dexterity. Despite the fact that it is exceedingly massive and slow to swing, it’s passive causes foes to lose blood. And you may take advantage of its weapon skill to increase your edge even more.

Spinning Wheel is Ghiza’s Wheel’s weapon talent, and it does exactly what it says: it spins the saw component of the weapon at a devastating speed while allowing you to move around with it. With the extra bleed effect, this may totally obliterate a health bar if used properly against relatively immovable foes.

Great iron wheel lined with flesh-flaying blades. Device of torture used by Inquisitor Ghiza. As the wheel spins it causes severe pain and blood loss. The design was adopted for use as the iconic weapon wielded by Iron Virgins.

Ghiza’s Wheel can be found in the following locations

Ghiza’s Wheel is located in Volcano Manor’s main chambers, upstairs in the dining hall. The most straightforward method to get to Volcano Manor is to hike up and around the steep and treacherous Mt. Gelmir, which is located to the west of the Altus Plateau.

Rya’s basic questline can be started at Liurnia of the Lakes as well. She may be found north of the Laskyar Ruins and will give you a short mission. She will then travel to Altus Plateau, either at the top of the Grand Lift of Dectus or by the Erdtree-Gazing Hill Site of Grace, once you finish it and return to her. When you speak with her there, you’ll have the choice of being teleported to Volcano Manor.

To get Ghiza’s Wheel, you must kill its original owner, Inquisitor Ghiza, who is waiting for you in the aforementioned dining hall. Due to his slow speed, he isn’t very difficult to defeat, but he does hit hard when he manages to catch you in a swing, so don’t get too greedy. You’ll get one of the game’s most interesting weapons once he falls, and you’ll be ready for whatever comes next on your trip.

Previous articleDung Eater Quest Guide for “Elden Ring”
Next article“Stalker 2” Will Not Be Distributed In Russia, As The Developer Writes A Farewell Letter To The Public