How to Defeat “Elden Ring” Malenia, the Game’s Most Difficult Boss? 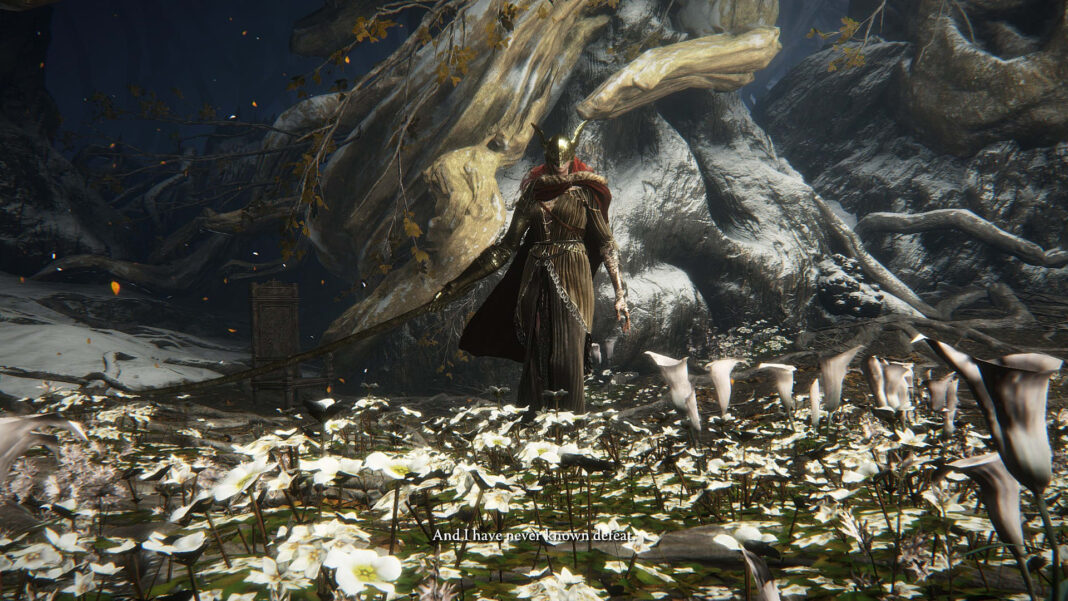 Ask any experienced “Elden Ring” player which boss has given them the most trouble, and many, if not all, would say Malenia. In Elphael, Brace of the Haligtree, this deadly opponent awaits you, and while she is technically optional, you may want to take her on if you plan to play the entire game. She drops not only her Great Rune and a one-of-a-kind consumable named Remembrance of the Rot Goddess, but also a whopping 480,000 Runes. Getting past her, on the other hand, needs time and some deft maneuvering. In “Elden Ring“, here’s how to defeat Malenia.

The Haligtree Roots Site of Grace is a good place to start. Her arena is only a few feet away, making it easy to reclaim any Runes you may have lost while attempting to topple her. Malenia’s move set in the first of two phases comprises of long, sweeping sword attacks, a jumping sword dash that deals AoE damage, and an aggravating ability to heal herself whenever she hits you, even if you block the blow. As a result, unless you have a high blocking ability, you’ll want to preserve your distance as a conjurer or assure timely dodges.

You’ll need the majority, if not all, of the following for this fight:

Even after it was cruelly nerfed, you’ll want to summon the Mimic Tear, one of the game’s best Spirit Ashes, right immediately. This fighter imitates you from head to toe, effectively turning the conflict into a two-on-one battle. If you don’t have or don’t want to employ Mimic Tear, you can use the game’s multiplayer options to summon human teammates.

The Mimic Tear, on the other hand, is favored because you know what you’ll get and it will keep her occupied for a long time, giving you more opportunity to attack than if you went in alone. Continue evading her attacks as needed, and provide bleeding or frost damage to her if you can, as she’s vulnerable to these types of assaults. Ghiza’s Wheel (bleeding) or Hoarfrost Stomp (frost) are excellent choices here, despite the fact that the latter was also targeted in From Software’s recent nerfing patch. Early on, use the stomp to frostbite her, then use Ghiza’s Wheel to inflict bleeding damage.

Another player-favorite weapon here is The Sword of Night and Flame, which has a magic-centric special strike but does not apply bleeding or frost damage. This, too, was nerfed in the same patch as the aforementioned upgrade, which was almost amusing. But don’t allow this pro-Malenia patch to get the best of you. Continue to dodge well and deal damage with any of the weapons listed here, and you’ll eventually advance to her second phase.

Malenia’s second phase begins with a spectacular and destructive AoE strike, so get out of the blast zone as soon as possible. When she’s through with the move, you can resume your previous attack pattern. If your Mimic Tear is still alive, continue to use them as a distraction while you dodge effectively and wreak havoc on her with frost and/or bleeding damage—or The Sword of Night and Flame’s special strike if you went that way. You’ll also need to avoid her attacks that now give Scarlet Rot damage, ideally fully avoiding them. However, if you are hit by one, a few boluses will cure you and keep you on your feet.

All of this, like so much of “Elden Ring”, is easier said than done, especially post-patch. However, by consistently ducking out of harm’s path, remaining nimble, and inflicting the appropriate kinds of damage on Malenia, you’ll be able to defeat one of the game’s most famous bosses in no time.

See more great guides on how to kill other “Elden Ring” bosses:

Previous articleKevin Hunter From “The Dropout”: What Happened to Him and Where He Is Now?
Next article“Squid Game” Season 2 Will Include More Games, According to the Creator