How To Beat Astel, Naturalborn Of The Void in “Elden Ring” 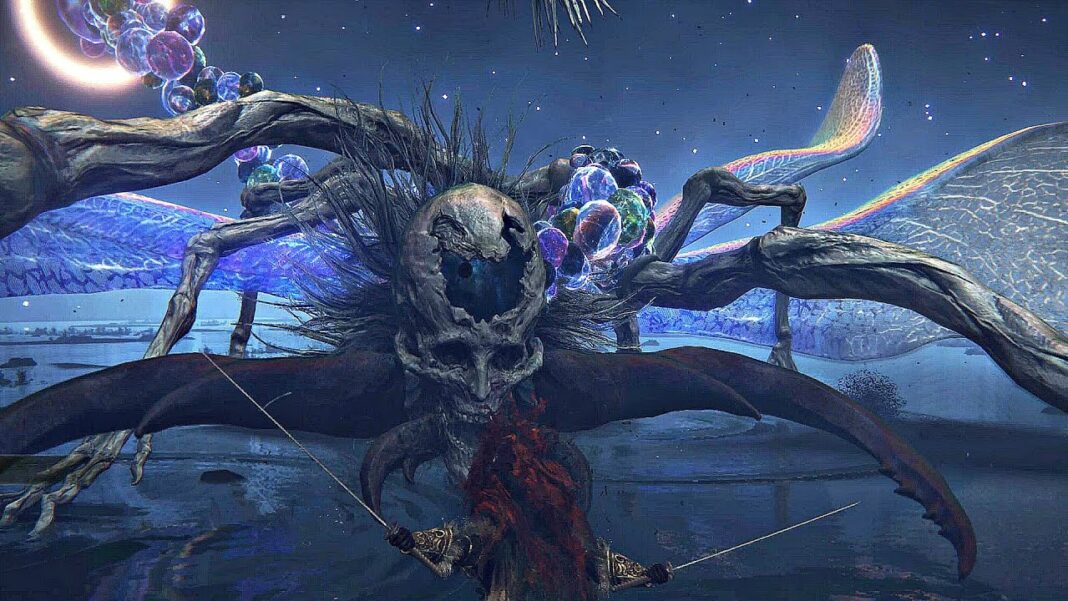 You’ve defeated Radahn, escaped the Lake of Rot, and crossed Nokron’s underground maze. You find yourself standing in front of a massive fog door after climbing into a coffin and riding down a Scarlet Rot waterfall. Astel, Naturalborn of the Void, one of “Elden Ring’s” most distinctive bosses, stands behind it.

Defeating this cosmic evil is the final significant stage in Ranni the Witch’s questline, but surviving the battle is no easy task. With a large move set of unpredictable attacks, many of which may one-shot you from across the arena, winning takes knowledge and, above all, time. Here’s everything you need to know about Astel’s defeat.

Astel absorbs a lot of non-physical damage, so bring whatever weapon or spell you have that can deal the most physical damage. Most status effects are immune to it, but it is still vulnerable to Bleed, Poison, and Scarlet Rot, the latter of which is a particularly powerful technique.

You’ll want to keep your distance at various stages throughout the fight due to the nature of its attacks. Consider equipping a long-range weapon or spell so you can continue to deal damage from afar. You can also employ a range-focused Spirit Summon (Latenna the Albinauric, for example) to do the work for you, but you’ll probably be better off using the Mimic Tear.

Astel does Magic damage, so prepare by taking a Spellproof Dried Liver or mixing an Opaline Hardtear into your Flask of Wondrous Physick. However, its physical damage is extremely powerful on its own, so don’t be concerned. Simply put on the toughest armor you can find and you should be OK.

How to Defeat Astel, the Void’s Naturalborn

In a massive arena, Astel is a massive boss. Always be ready to close the distance when it flees to the opposite side of the room, just like you would in other confrontations of a similar scale, and don’t be afraid to unlock your camera when the circumstance calls for it.

Astel’s midsection and tail are strongly armored crystal bubbles, so aim for its legs and head instead. If you manage to shatter its Poise, you can also use the head to land a Critical Attack. Locking on to its head and doing damage with missiles from a modest distance away is one of the most effective methods in the fight. Rock Sling is the finest option for sorcerers, while Faith builders will benefit from Stone of Gurranq. A properly leveled-up bow and arrow can also suffice. When the coast is clear, melee players can stay behind the boss and deal with close headshots, but it’s a hazardous strategy.

As previously stated, Astel is prone to Scarlet Rot. Running up, casting Rotten Breath, and retreating is the closest you can go to cheesing the fight. The Scarlet Rot will finally do the job, and you may concentrate all of your efforts on avoiding its strikes from afar.

Whether you’re fighting across the arena or face-to-face, Astel’s moveset is lethal. During phase one, keep an eye out for the following key moves:

If you approach Astel too closely from the front, it will try to poke you with its tail or grab you with its pincers. Both strikes are well-timed and simple to avoid. (You can also attack them from afar to avoid them entirely.)

During the second phase of the combat, only one assault is added:

The most difficult part of the fight is learning how to dodge Astel’s most difficult attacks, but if you stay focused on damaging the dome, you’ll be able to take it down in no time. You’ll be awarded 80,000 Runes and the Remembrance of Astel, which allows you access to a strong Flail and Ash of War, if you complete the quest.

Ranni the Witch can be found beneath the Cathedral of Manus Celes after exiting the cave and passing the Glintstone Dragon. She’ll give you the Dark Moon Greatsword there, a high-Intelligence weapon that’s appeared in From Software games in various versions since Kings Field in 2006.

Previous articleThe Developers of “The Elder Scrolls” Online are Feeling the Heat Over High Isle
Next articleThe Killing Eve Actress Will Appear In A Recurring Role In “Wheel Of Time” Season 2.