“Elden Ring”‘s Most Forgotten NPC Is Now Easier To Find 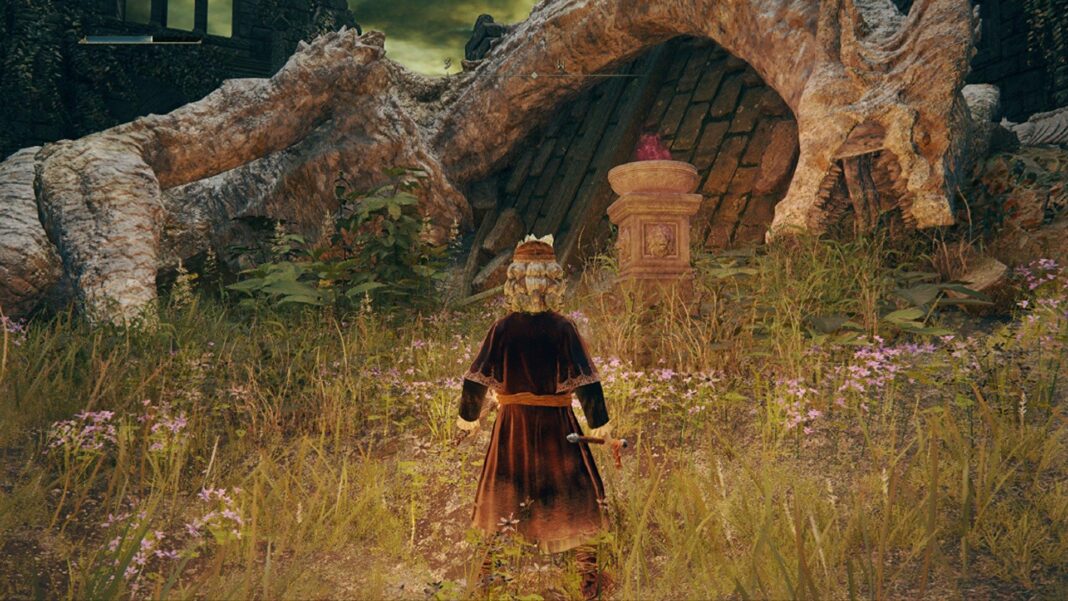 Boc the Seamster, an “Elden Ring” NPC, was previously difficult to locate, but a recent update makes the elusive figure more accessible.

Players will be considerably more likely to spot Boc the Seamster and undertake his emotive questline thanks to a new “Elden Ring” update. The open-world epic from FromSoftware includes a variety of non-player characters with their own stories, but the lack of a task log makes it tough to keep track of them. “Elden Ring“‘s talking tree Boc may be located in Limgrave’s beginning area, but many players have overlooked this hidden NPC.

“Elden Ring”, like other FromSoftware soulslikes, allows players to meet nice NPCs as well as a slew of formidable opponents. These secondary characters may be tracked throughout the game to get a sense of how the tale unfolds, however “Elden Ring”‘s enormous open environment of The Lands Between can make it difficult to keep track of everyone. NPCs are now marked on the player’s map via a post-launch patch, making it much simpler to track them between areas, however many questlines remain unsolved. Meeting Boc for the first time was difficult due to his metamorphosis into a tree, but Boc’s questline in “Elden Ring” has recently gotten a little simpler.

“Elden Ring”‘s 1.03 patch, according to Twitter user illusory wall, adds two modifications that assist unsuspecting players stumble into Boc the Seamster organically. The character’s speech, in which he begs the player for assistance, was originally only activated until the player came extremely close to the elusive bush. This conversation now appears from a far distance, grabbing the player’s attention even if they’re riding Torrent along a nearby road. In addition, an Arteria Leaf item was put near Boc’s position, luring players in with the prospect of a sparkling prize. This should make it easier for gamers to meet the endearing character without the need for outside assistance.

An Arteria Leaf (in the form of a purple shiny) was added near Boc in 1.03 to help make finding him easier. Thanks to @Lunnefisk for first bringing this to my attention and @manfightdragon for reminding me. pic.twitter.com/TrRadBWnnA

It might be difficult to keep track of NPC missions in “Elden Ring”, but one useful software can assist players in keeping track of these narratives throughout their adventure. The Shattered Ring software lets gamers keep track of quests by allowing them to categorize NPCs, their locations, and their objectives. This can assist players keep track of hints, such as when Iron Fist Alexander informs them he’s going east after meeting him. The program isn’t only for “Elden Ring”; it can also be used with other role-playing games such as Dungeons & Dragons.

One of “Elden Ring”‘s finest tales is Boc the Seamster, yet many gamers overlooked him on their initial gameplay. The 1.03 update from FromSoftware attempts to address this issue by luring players towards the elusive bush with an Arteria Leaf and a much expanded conversation range. Hopefully, this update will expose the lovely and faithful demi-human Boc to a whole new generation of “Elden Ring” gamers.

Previous articleWhere Can I Find Stars Of Ruin In “Elden Ring”?
Next articleThe Ring Tease in “Halo” Could Be The Show’s Biggest Story Change Yet

Shawn Pierre is the new IGF Chair, hear his thoughts on the future of indie games