In From Software games, magic has always been a viable approach, and “Elden Ring” is no different. Whether you wish to kill adversaries with spells cast from afar or reap the benefits of sorcerous weapons like the Moonveil or Dark Moon Greatsword, the motivation to invest in Intelligence is stronger than ever. Any magician should have a well-rounded armory of spells to deal with any situation. These are the essential and greatest Sorceries for completing “Elden Ring“ from beginning to end. 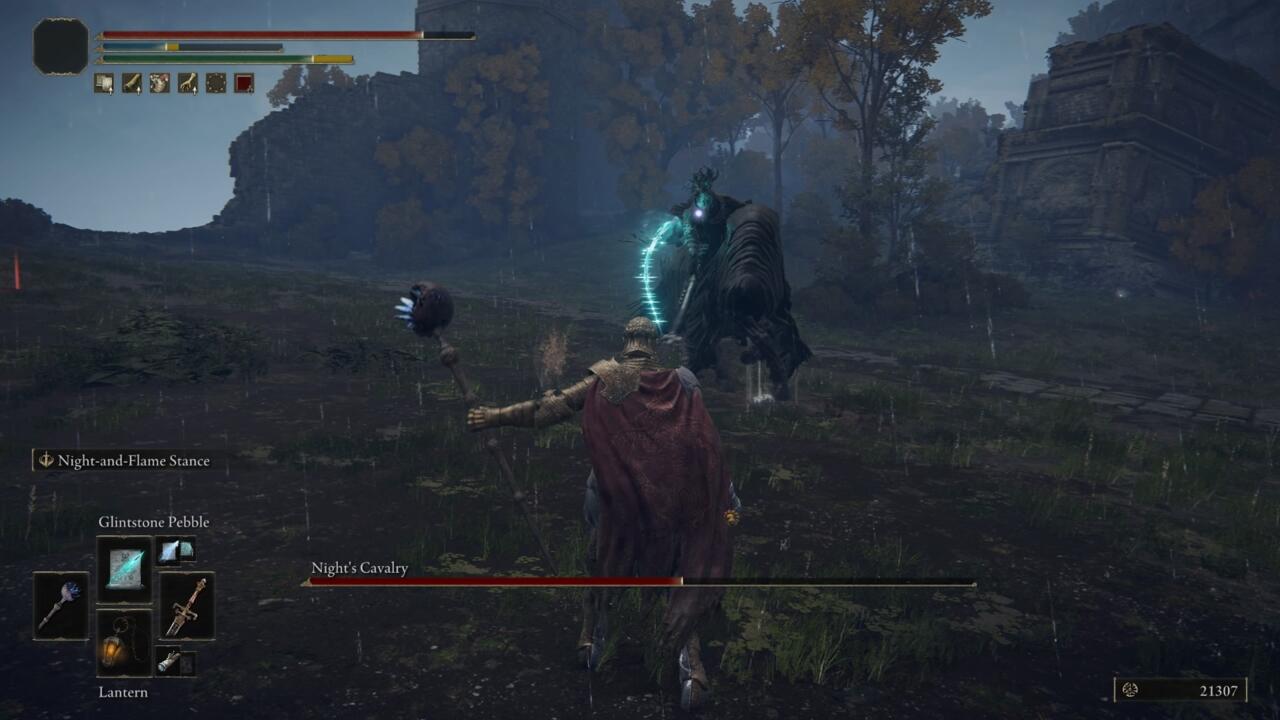 Glintstone Pebble will be used by astrologers right away, which is crazy given it’s easily one of the best spells in the game. You can easily mow down most adversaries from a safe distance with only 7 FP. If you have enough endurance, you can even link the magic missiles together. You’ll be using Glintstone Pebble from Limgrave to Miquella’s Haligtree because of its tremendous range and one of the fastest windups in the game.

You can still learn the spell early if you aren’t an astrologer. Sorceress Sellen will sell it to you for 1,000 Runes in the Waypoint Ruins in Limgrave. 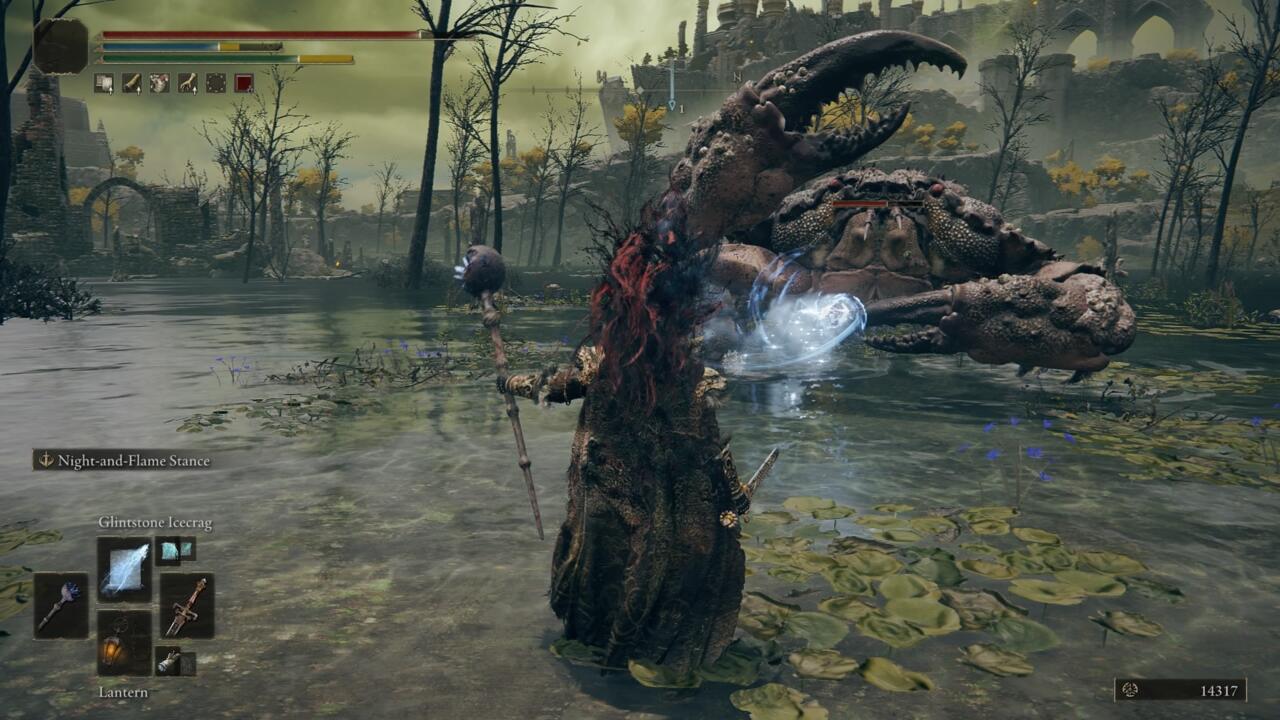 Glintstone Icecrag, the frosty counterpart to Glintstone Pebble, is a spell you’ll want to have in your spellbook as quickly as possible. It’s a little more expensive and takes a little longer to cast, but it gives Frostbite to your targets—a few strikes should be enough to fill the meter on most opponents. Frostbite reduces enemy damage absorption, which is very important in boss confrontations. Glintstone Icecrag may make the enemy susceptible from afar, allowing you to charge up for the finishing strikes after the shields have been lowered.

Preceptor Seluvis at Seluvis’ Rise in Liurnia of the Lakes can give you the spell. 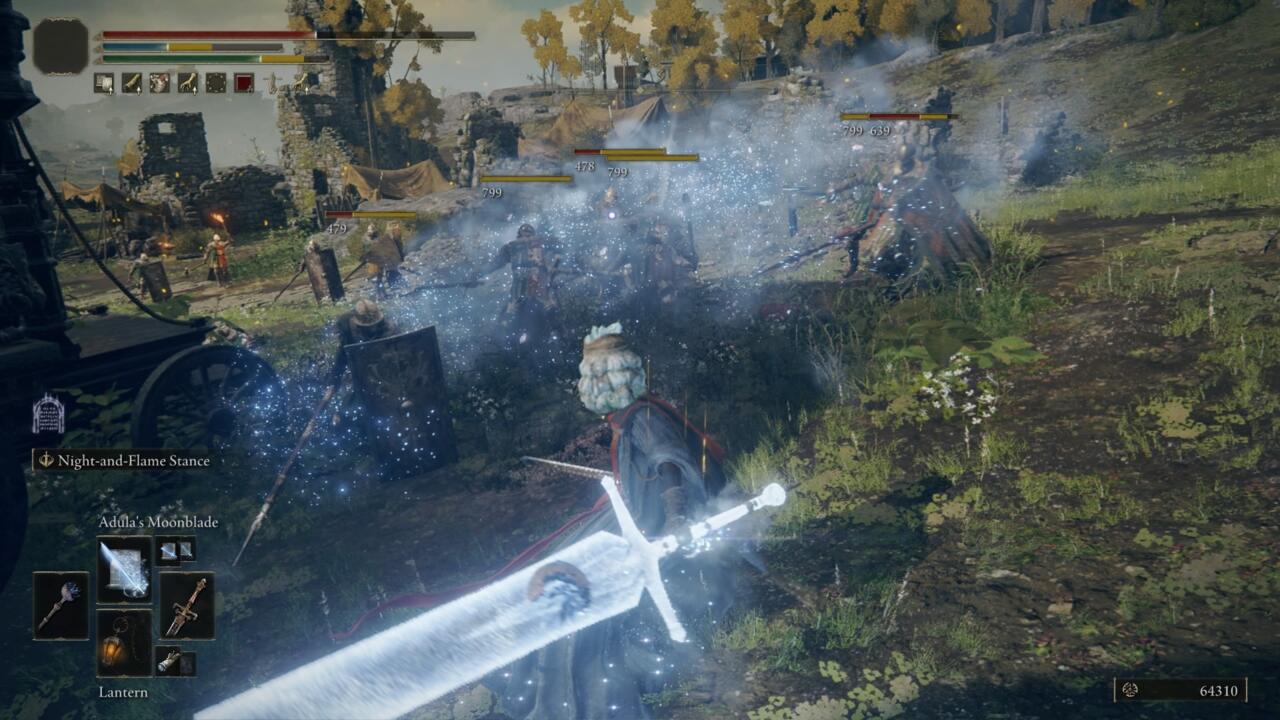 Adula’s Moonblade, another potent Cold Sorcery, is “Elden Rn icy projectile a long distance ahead after only a little windup. The slash and the missile both do damage and build up Frostbite. Get close enough to your target before castining”‘s best “magic sword.” The spell slices a massive blade in front of the caster and fires ag to ensure they are hit by both spells. You can also perform the spell in a chain to reduce the time between casts!

You must defeat the Glintstone Dragon Adula outside the Cathedral of Manus Celes in Liurnia of the Lakes in order to obtain Adula’s Moonblade. 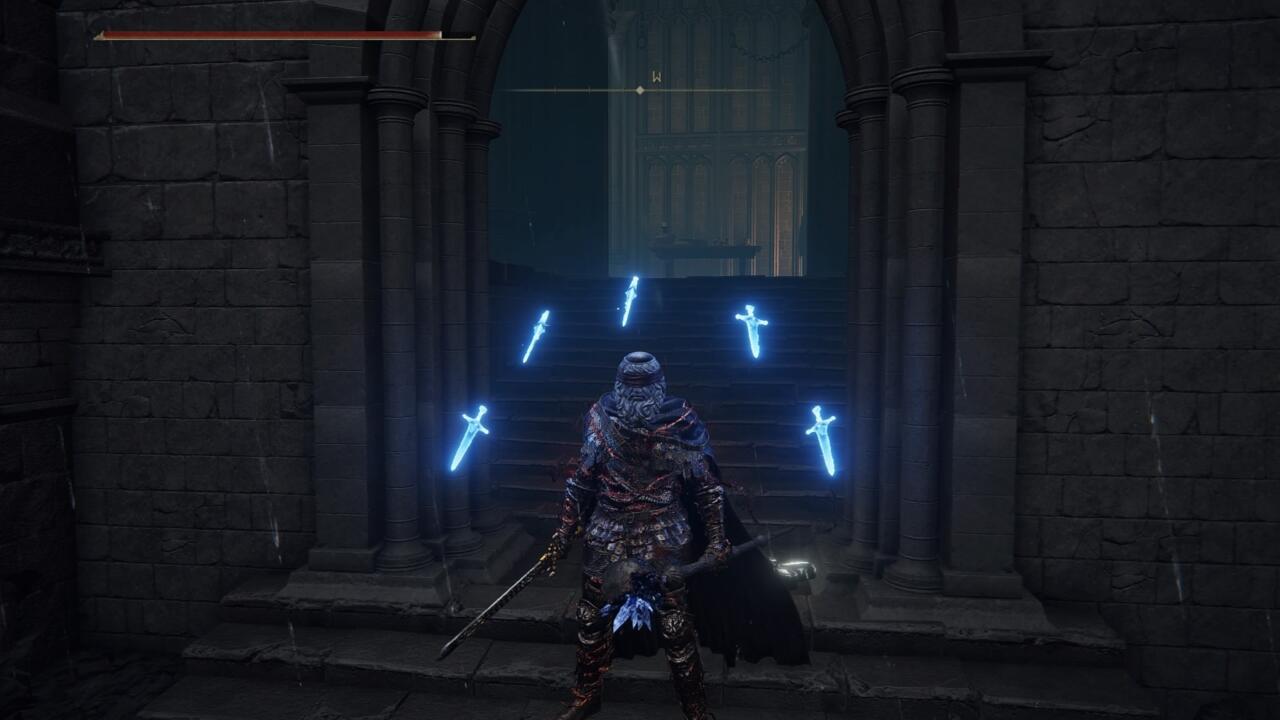 Carian Phalanx is one of “Elden Ring”‘s greatest defensive Sorceries. When the opponent gets too close, the spell conjures an arc of nine magical swords that shoot at them. It not only does a lot of damage, but it can also shatter the enemy’s posture, allowing for a follow-up attack. In PvP, the Carian Phalanx is also a powerful weapon. It’s difficult to avoid, and it pushes your opponent to approach with care, anticipating whatever strike you’ll unleash next. 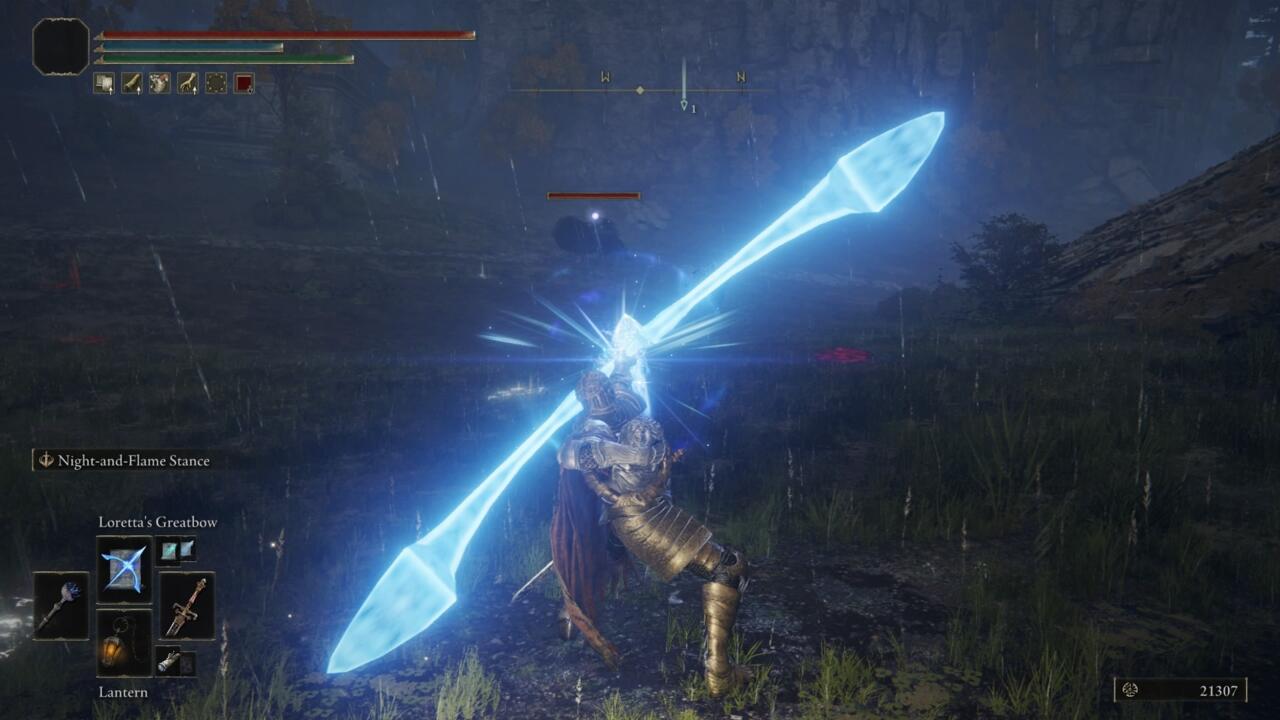 Look no further than Loretta’s Greatbow if you’re looking for the best long-range wizardry in “Elden Ring”. Charge the spell and send out a magical Great Arrow capable of striking targets thousands of miles distant. You can also rapid-fire without charging up to throw an enemy off balance as they try to close the distance between you and them. This spell is still effective late in the game, since it eliminates the need to spend precious smithing stones on leveling up a physical bow.

Terra Magica is a magical place. 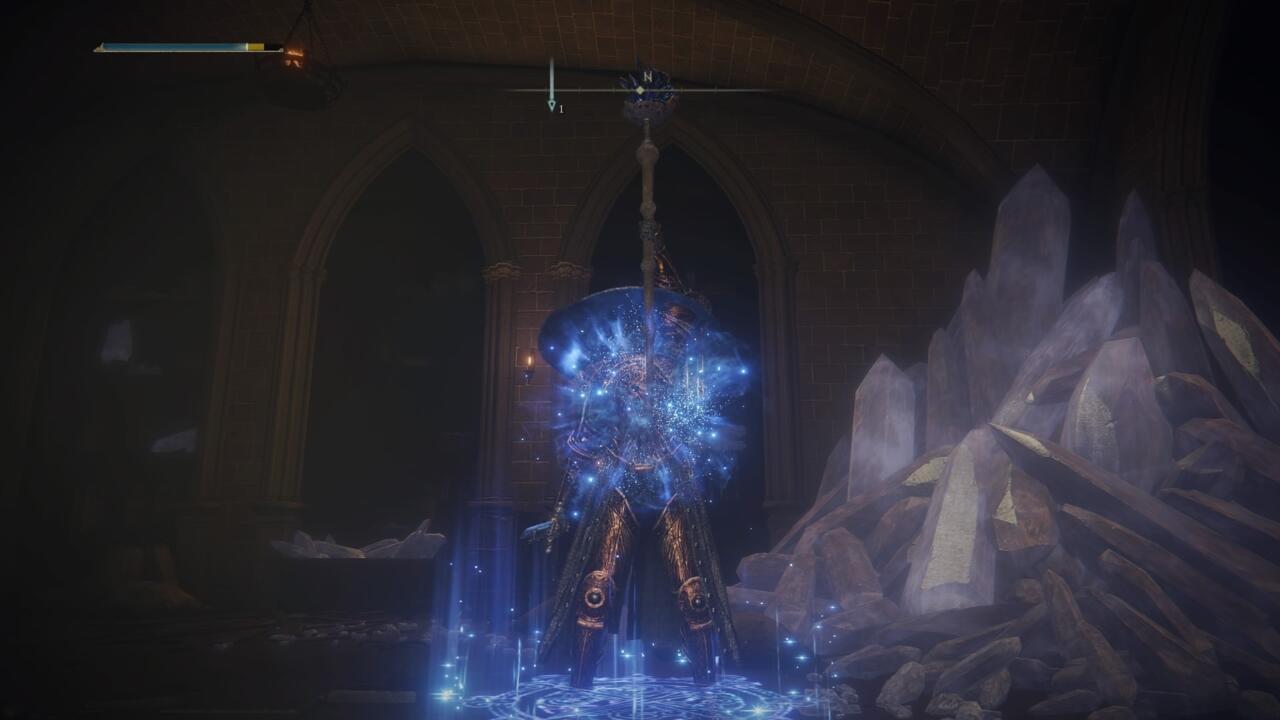 Terra Magica is a magical place.

Terra Magica is one of the most effective magic boosts in the game. The spell produces a sphere around the caster that boosts magic damage by 35% for as long as the user is inside it. It’s particularly useful against “Elden Ring”‘s biggest bosses; simply cast Terra Magica and stay put, shooting off powerful ranged spells from a safe distance for massive damage.

The spell may be found at the top of an elevator in the Academy Crystal Cave, behind the boss room.

Ghostflame has a lot of power. 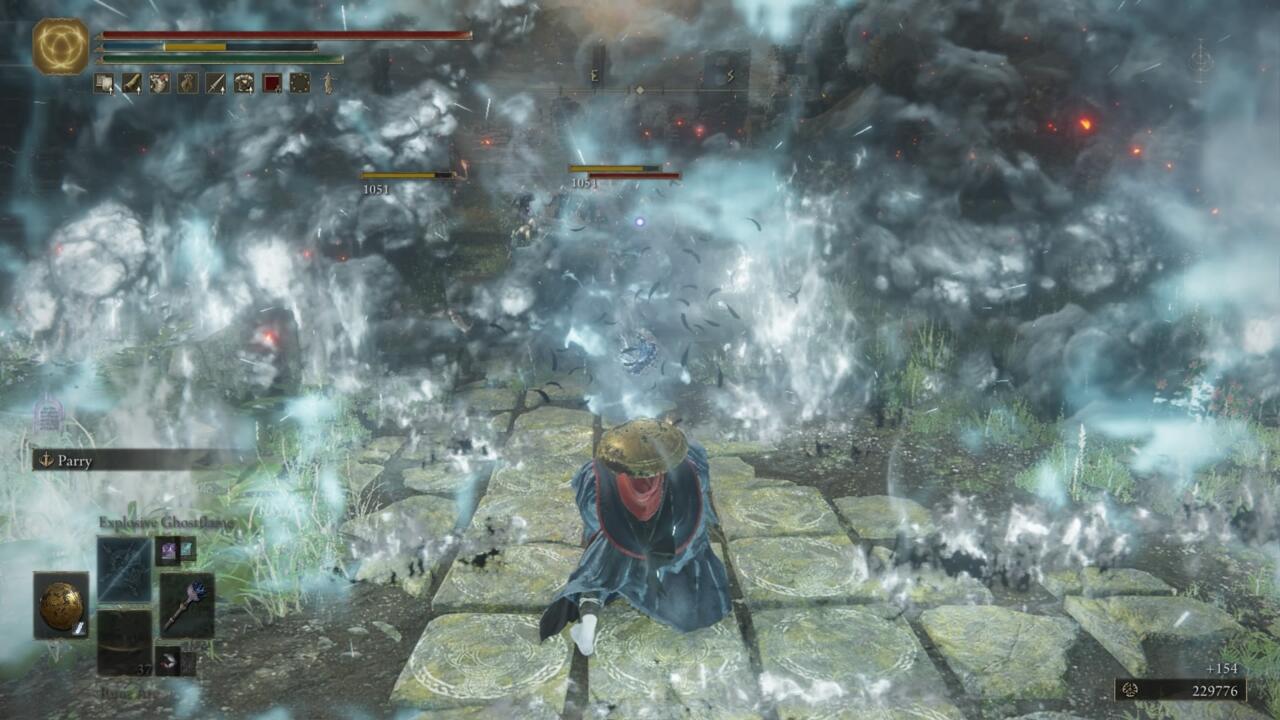 Ghostflame has a lot of power.

Even the most cautious wizards can become overwhelmed and besieged by a swarm of opponents at times. Explosive Ghostflame is a catastrophic fail-safe in situations like this. The spell engulfs the entire surrounding area in flames, delivering immense physical and magical damage. It takes a while to cast, but if you do, you’ll likely emerge from the fog surrounded by corpses.

It’s not easy to get your hands on Explosive Ghostflame, though. It’s dropped by a Death Rite Bird in the Consecrated Snowfield near the Apostate Derelict. It’s one of the most difficult battles in the game. 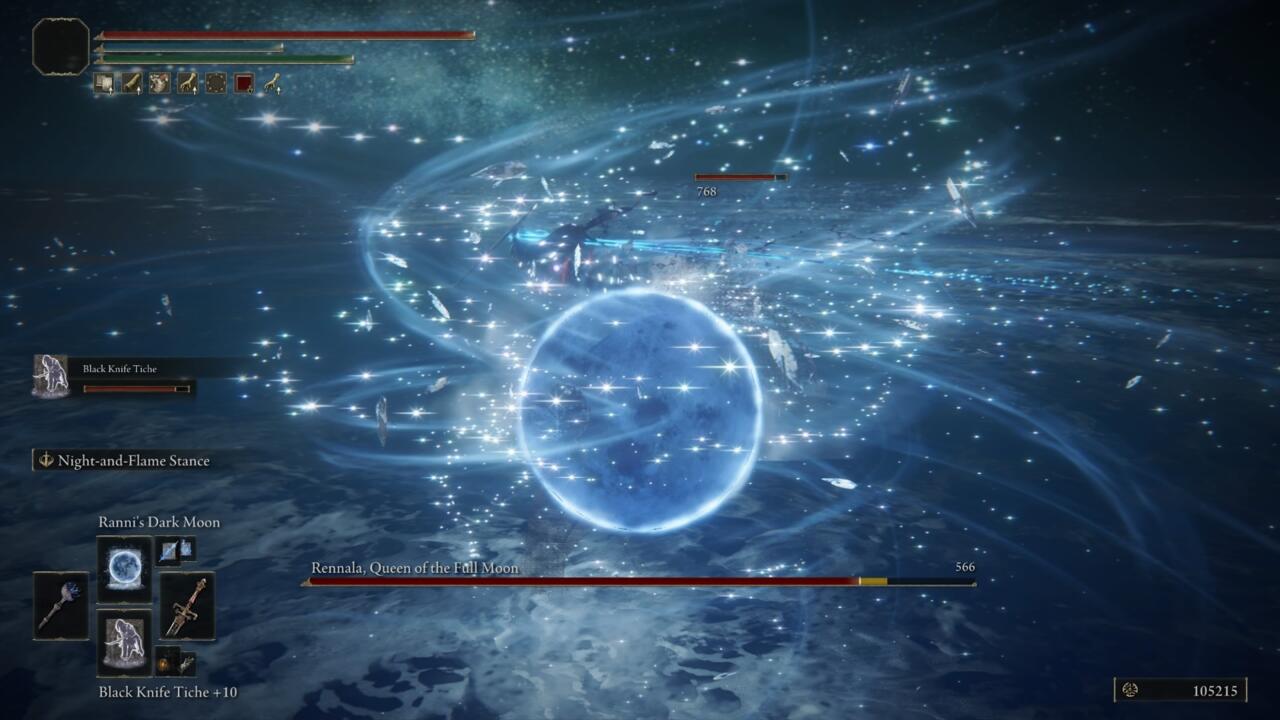 Every Intelligence build will desire access to Ranni’s Dark Moon, a haymaker spell. When you cast it, a full moon floats toward the opponent. It deals magic damage, inflicts Frostbite, and reduces the target’s magic negation when it connects. If you successfully fill the Frostbite meter, any subsequent magical strikes will cause 30% more damage. Ranni’s Dark Moon is an excellent method to start most boss encounters.

On the Moonlight Alter Plateau, the spell can be found in a chest near the top of Chelona’s Rise. After defeating Astel, Naturalborn of the Void, this location becomes available near the end of Ranni’s questline. 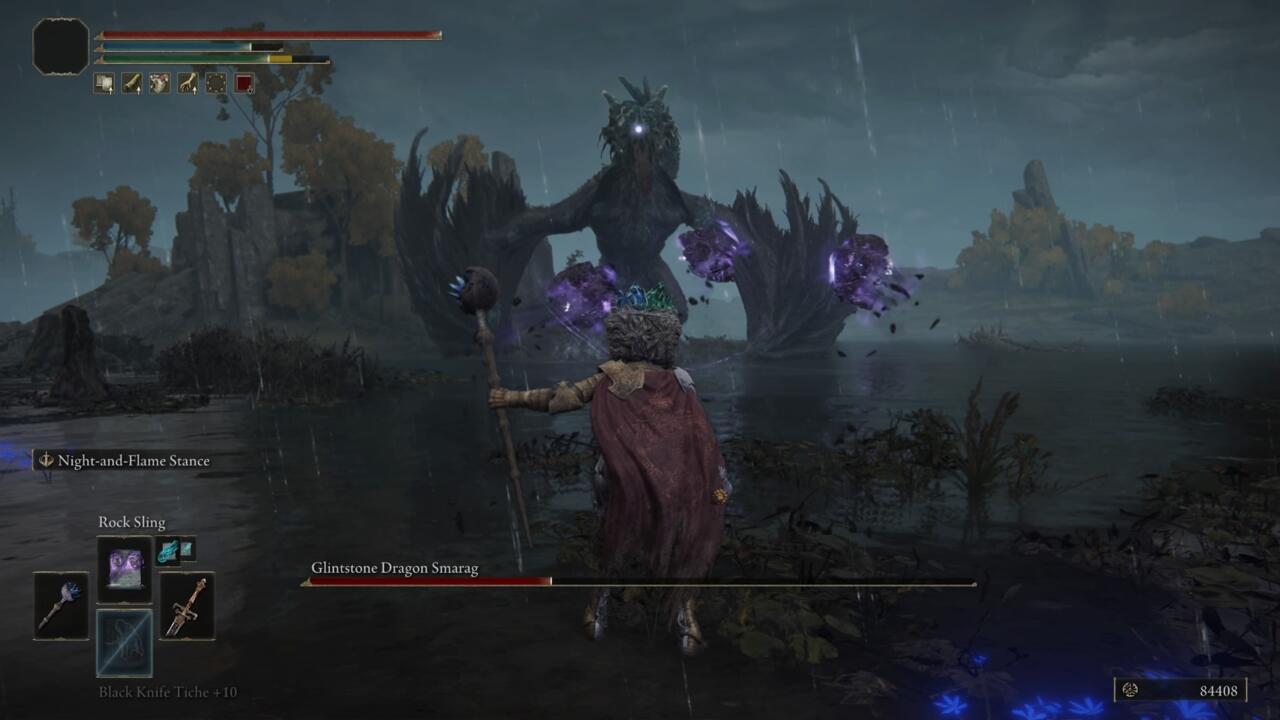 Rock Sling is one of the first spells you can learn in “Elden Ring”, and it will keep working until the credits roll. The spell launches three gravity boulder missiles towards the adversary, causing massive physical damage that can shatter an enemy’s stance and leave them vulnerable to a critical hit. Dragons, giants, and other enormous enemies can be dispatched quickly by locking onto an enemy’s head and throwing Rock Sling from afar. It’s cheap, easy to cast, and even gets a boost from the Meteorite Staff, which can be discovered just a few steps away from the spell.

The magic may be found in a chest beneath the Sages Ruins in Caelid. The Meteorite Staff will be on a body hanging in a ground-level window. You can teleport to the Sellia Crystal Tunnel from the Dragon-Burnt Ruins in Limgrave to get an early start (and you’ll want to). Streets of Sages Ruins may be found by continuing right out of the entryway. 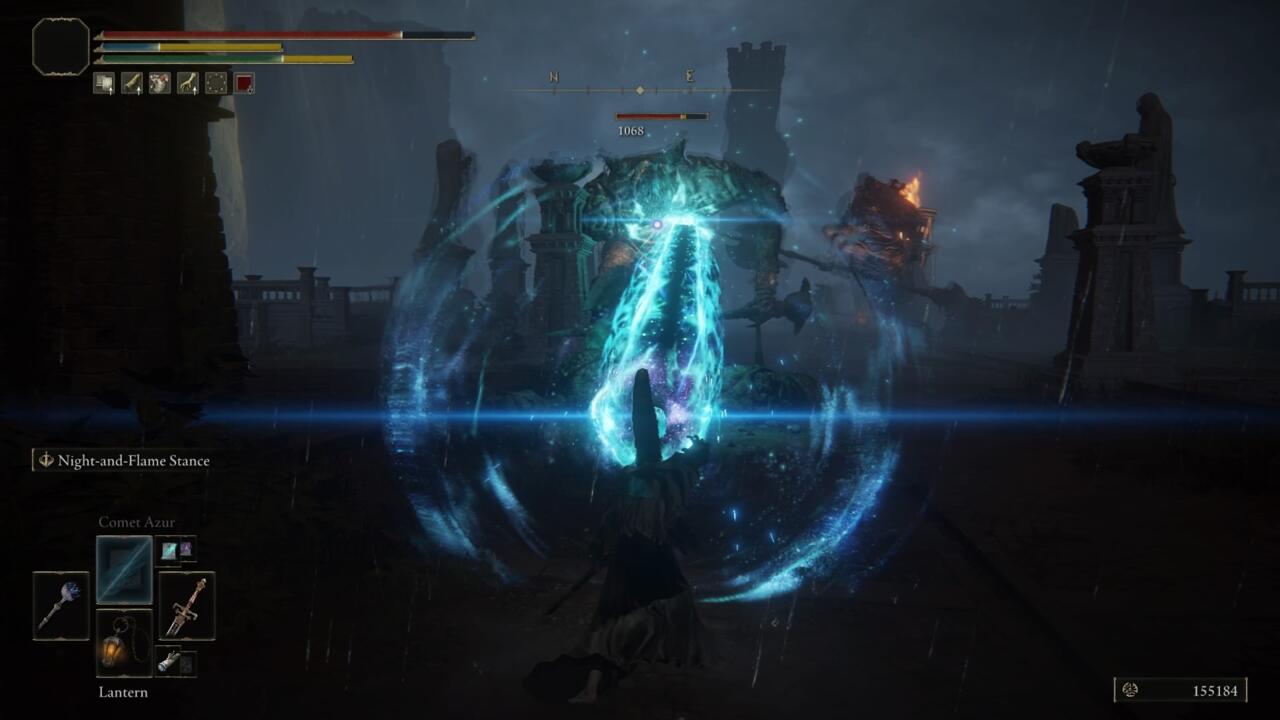 Comet Azur, the most broken Sorcery in all of “Elden Ring”. After a brief setup animation, pressing and holding the “cast” button will launch a wide magic beam that will last until you release it or run out of FP. The spell is powerful enough on its own, capable of causing massive levels of damage in a matter of seconds—albeit at the cost of massive amounts of FP. It is, however, a part of some of the game’s most legendary combinations, the most famous of which is its interaction with Cerulean Hidden Tear. This Crystal Tear, when mixed in your Flask of Wondrous Physick, temporarily stops all FP consumption. If you combine this with a Comet Azur spell, you can quickly bring even late-game bosses from full health to death. It’s also a great match for Terra Magica.

Why Lucifer Is Constantly Called a “Lightbringer” by the Sandman