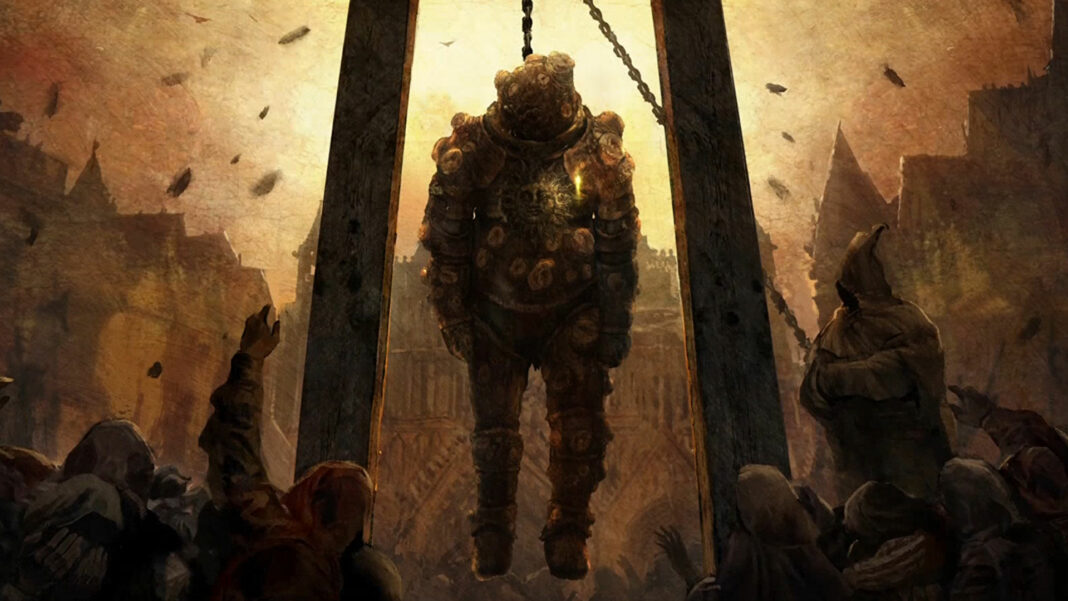 The “Elden Ring” Dung Eater quest places you in the service of the Loathsome Dung Eater, one of the most heinous creatures in the Lands Between. It’s kind of like a scavenger hunt, with a secret variant on the Elden Lord ending waiting for you at the conclusion, ushering in an age of plague, death, and suffering. You’ll need some patience if that seems like your kind of ending. The majority of the items you’ll need are only available in late-game locales.

How to Begin the “Elden Ring” Dung Eater Quest

The Dung Eater quest has a long beginning that begins in the Roundtable Hold and ends in Leyndell, the capital city, many years later. After obtaining your first Great Rune, the Dung Eater appears in the room beyond the Husk Maidens. It’s possible to spot until you visit the Hold after every significant event, but you’ll know the Dung Eater has arrived when Roderika the Spirit Tuner declares she detects a great evil. If you approach him in his chamber, he’ll basically urge you to go because you’re not tainted enough.

To obtain his favor, you’ll need a Seedbed Curse. The first is at the East Rampart Site of Grace in Leyndell. Exit the room and continue along the ramparts until you come to a dim hall with a few candles. Take the elevator at the end of the path after descending the steps. Continue forward until you reach the shrouded enemy’s quarters. You’ll locate the Seedbed Curse on a tortured-looking body if you quickly climb the ladder and then the stairs.

In the Hold, show this to the Dung Eater. He’ll order you to bury his body in the capital’s sewers and hand over the Sewer Gaol Key to assist you.

Location of the Dung Eater in the Sewer Gaol

The Leyndell sewers are a terrifying maze, but getting to the Dung Eater’s jail is rather simple. Visit the Grace Balcony Site in the capital. Turn around and descend the steps, taking a left to cross the balcony. Into the manhole you go.

Just keep heading straight for the time being. When you approach a staircase, the place tag “Subterranean Shunning Grounds” emerges. Rather than going left to descend, go through the door that leads to a large hall. Drop down, turn left, and walk through the first large doorway on the left. This is the Grace Underground Roadside Site, and it’s a nice place to stop if something bad happens in the future. (If you want the Lord of Frenzied Flame ending, come back here later.)

Return to the tunnel, turn left, and continue running until you reach a grate. Drop down, turn left, and continue on your way. This first tunnel has rats, but they’re slow and won’t follow you. Continue through the plants to the ladder and climb it. You’ll find yourself in a big, flooded chamber when you emerge. Approach the cell door by turning right. Tell the Dung Eater to get out of there.

In the Outer Moat, the Dung Eater is not invading.

The next step is to go back to his room in Roundtable Hold, where he’s left a message requesting that you meet him at the Outer Moat. Make sure you speak with Blackguard Boggart, the criminal who stole Rya’s necklace from the Boilprawn Shack in Liurnia, before proceeding. You can buy prawns from him and afterward find him near the moat, south of the path leading to the Draconic Tree Sentinel. Reload the region after speaking with him again. Once you enter the water, the Dung Eater should attack.

Some players claim that unless you converse with the thief first, the Dung Eater invasion will not happen. After defeating the invading Dung Eater, you’ll find another Seedbed Curse on his corpse.

Locations of the Seedbed Curse in “Elden Ring”

When you speak with the Dung Eater at Roundtable Hold again, he’ll request that you bring more Seedbed Curses to his true body. To earn his Mending Rune, you’ll need five.

You can skip one of them if you obtained the Curse from the thief after the Dung Eater invasion. Return to the Dung Eater’s body and feed your Curses to him. You’ll acquire the Mending Rune of the Fell Curse after the sixth one. That’s all you need from the Dung Eater; if you wish, you can kill him and take his armor. After the final boss encounter, use the Fell Curse rune on Marika’s remains to bring in the Age of Despair.

Previous article“Stalker 2” Looks to Have Changed Its Name to Chornobyl in Ukrainian Spelling
Next articleHow To Get Ghiza’s Wheel In The “Elden Ring”?