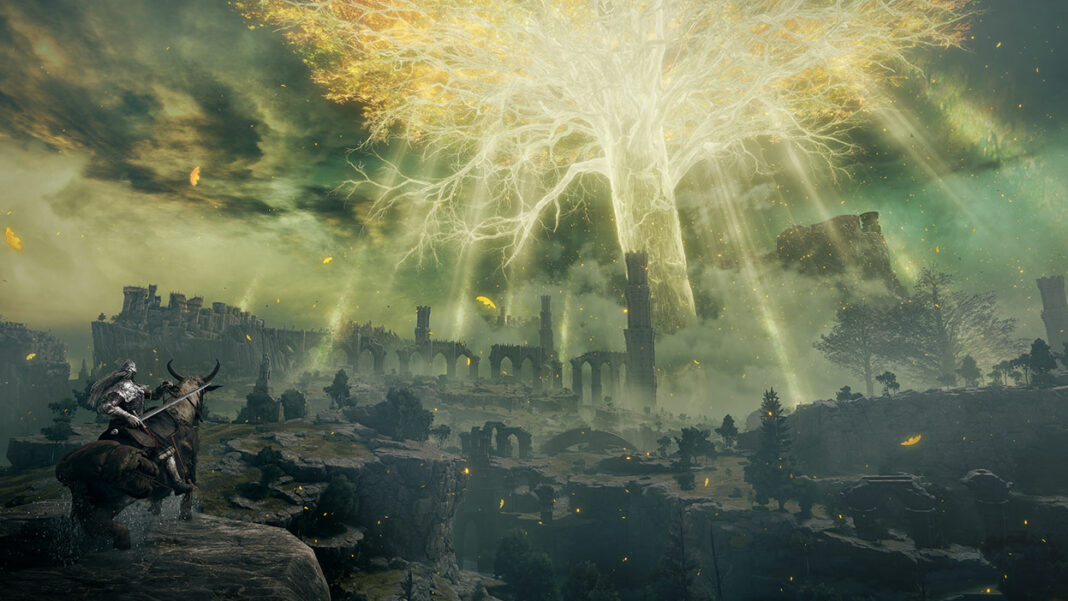 Dataminers were able to gain access to “Elden Ring’s” Closed Network Test as a result of recent PS4 console hacks; as a result, plot spoilers and more have leaked online. The latest RPG was first revealed by FromSoftware and publisher Bandai Namco Entertainment during E3 2019. For the next few years, details came in bits and pieces, but “Elden Ring” reappeared this summer with gameplay footage and an early 2022 release date.

The legendary Japanese studio collaborated on “Elden Ring’s” lore with novelist George R.R. Martin, which only adds to the anticipation for the upcoming release. Thankfully, FromSoftware and Bandai Namco capitalized on the buzz by launching a Closed Network Test in mid-November, allowing a small group of players to experience The Lands Between. Despite the fact that the Network Test was only active for a short time, modders have subsequently discovered a way to reclaim access to its data. As a result, those seeking to avoid “Elden Ring” spoilers should be cautious when surfing the internet over the next few months.

According to VGC, data miners who were able to regain access to the “Elden Ring” Network Test were aided by hackers who were able to jailbreak the PS4. In terms of story spoilers and endgame content specifics, combing through the files found voice-over and quest data, the keys to the kingdom. The leaks contain information about “Elden Ring’s” animations, quest-related dialogue scripts, and 3,000 voice files, according to VGC. Anyone who wants to stay in the dark regarding “Elden Ring’s” plot and mythos should tread carefully in the months leading up to its release in February 2022.

It’s a regrettable change of affairs, as FromSoftware and Bandai Namco have managed to distribute “Elden Ring” content on their own terms, excluding tiny gameplay leaks. At the very least, fans might hope that the recently revealed information does not spread too widely.

FromSoftware, which was founded in the mid-1980s, got its start with multiple King’s Field games before establishing itself with the Armored Core series. Many would argue, however, that the release of Demon’s Souls on PS3 in 2009 sealed FromSoftware’s reputation as a mastermind. The Dark Souls franchise, which spawned a new subgenre called Soulslike, effectively catapulted the Japan-based studio into the stratosphere from which it has yet to return.

Previous articleWith Attack of the Elves, “Battlefield 2042” Embraces the Holiday Spirit
Next articleThe Halo TV series has its own canon known as the “Silver Timeline.”