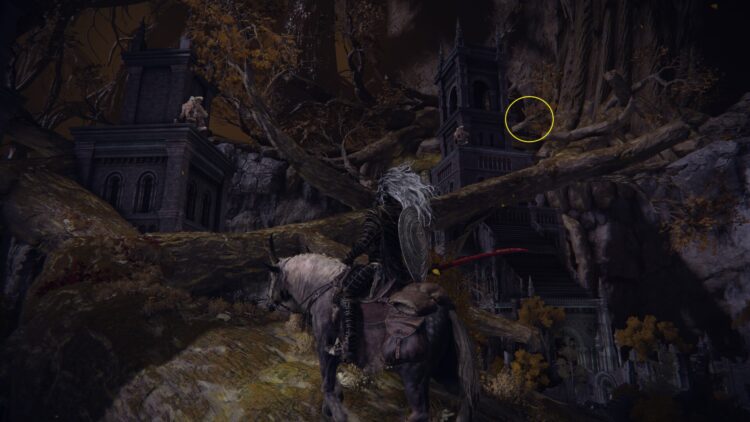 After fully moving north through Nokron, Eternal City, and the Ancestral Woods, the Deeproot Depths are an alternative underground location in “Elden Ring”. After defeating the Valiant Gargoyle twin boss, players can go to the Deeproot Depths via a waterfall. Legendary magic, a wicked armor set, and being held by Fia a few more times may all be found here. Everything you need to know about Deeproot Depths is right here.

There are a lot of ants in this cave, as well as a lot of Runes.

Players must bridge a chasm using tree branches after approaching the location near the Great Waterfall Crest Site of Grace. You’ll locate the cave entrance if you utilize these tree branches to climb up and to the right. A swarm of ants may be found inside the cave, which isn’t particularly intriguing at first appearance. A collection of ants with large sacs attached to them, however, is in the center of the very short cave. These ants can only be killed once, but they drop extremely high-quality Rune consumable items that give you a significant boost of Runes every time you consume them. Another interesting feature of this cave is that there is a body at the tunnel’s end, where you can leap back down onto the branches outside. The Elden Stars Incantation, one of the game’s legendary spells/incantations, is found on that corpse.

The place of death

The ruins of a town may be found northwest of the ant cave, with the Site of Grace in the northwest part of the town. This is the Nameless Eternal City, which is teeming with enemies who inflict death status. The town is divided into two sections: the ground level, where various things such as Smithing Stones can be found in houses, and the upper level, where a swarm of death-inflicting lizards prowls. The other section is the rooftops, which may be traversed using tree branches, however, there are sentinels on top of the buildings that spitfire. There are a few items strewn around the rooftops, but nothing really valuable or vital. A coffin can be found on the edge of the waterfall west of the Site of Grace. Resting in the coffin will transport you to the Ansel River, which can only be reached through progressing Ranni the Witch’s questline.

A large number of random knights and warriors patrol the underground area northwest of the Nameless Eternal City Site of Grace. Most of them can be avoided if desired, however, there is an optional boss at the tree in the Deeproot Depths’ northwest corner. Crucible Knight Siluria, a formidable spear-wielding boss adversary, can be found there. Defeating them will award you with the Siluria’s Tree great spear, as well as a chest containing the Crucible Tree armor set, which you can locate inside the gigantic tree Siluria was defending.

There isn’t a single significant landmark in the northeast area of the map, however, there are a few minor points of interest. The most notable feature of this region is a wandering mausoleum where you can imitate boss remembering. The Mausoleum Soldier Ashes can be found sitting on the cliff edge in the northeastern corner of the map. These ashes are in the middle of the pack, but you can get them if you want to collect everything. The other place is towards the waterfall’s base. A cave featuring tier 6 and 7 Smithing Stones, as well as a big bear, can be found here.

The eastern half of the map contains the major region of interest in the Deeproot Depths. The Nameless Eternal City’s tree branches can be climbed up and across the buildings to reach this area. There will be a boss fog door once you reach the top. You’ll combat Fia’s champions inside, which is a need for Fia’s questline and one of the “Elden Ring“ endings. Fia will emerge after you vanquish the champions and rest at the Site of Grace. You will have the opportunity to confront the Lichdragon Fortissax after being held and exhausting her speech if you have gotten the requisite item, the curse mark of death, which can be found by following our Fia questline tutorial.

Previous articleIn “Elden Ring”, How To Defeat Dragonlord Placidusax
Next articleLeaks From “The Last of Us” Reveal Sam and Henry

Why Isildur’s Sister Was Created as an Original Character in “LOTR: Rings of Power”