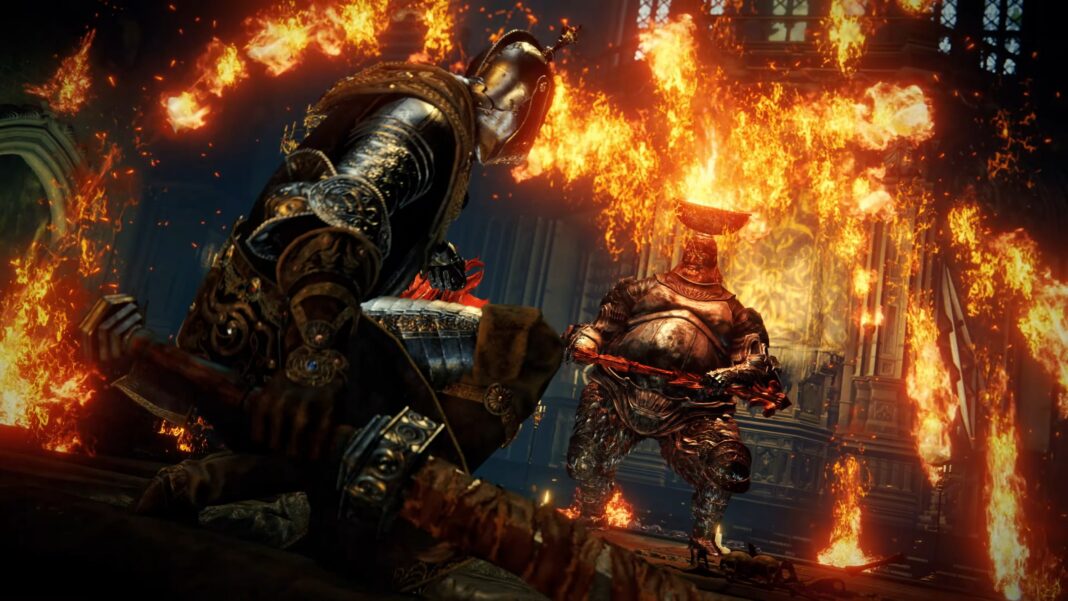 FromSoftware is holding a giveaway contest to celebrate the forthcoming release of “Elden Ring”, which will award copies of the game to creative fans. The announcement comes after Dark Souls was named Ultimate Game of All Time at the Golden Joystick Awards 2021, defeating Zelda: Breath of the Wild and Minecraft.

“Elden Ring” is still a few months away from release, but thanks to a recent network test, anticipation for the game has never been stronger. Lucky players who were chosen to participate in the event earlier this month were got to try out the game ahead of its 2022 release, with limited-time playtime over the course of a weekend. The beta test gave players a taste of the upcoming FromSoftware game by allowing them to explore and battle their way through the new regions of the Lands Between, which include some of “Elden Ring‘s” features and bosses.

Those hoping to get their hands on a free copy of “Elden Ring” may be able to do so thanks to FromSoftware. The official Dark Souls Twitter account has published information of the new “Elden Ring” tournament, urging players to take part in “one final mission,” after thanking fans for Dark Souls’ win as the Golden Joystick Awards Ultimate Game of All Time. Users who reply to the tweet by tagging someone they want to play the game with and creating a creative team name will be entered into a drawing to win copies of the game. In time for the game’s February release, five lucky teams will receive two “Elden Ring” codes on the platform of their choice. The contest will run until November 30 at 23:59 CET / 2:59 PM PST, with winners being notified on December 1.

Thank you for making #DarkSouls the Ultimate Game of All Time at the #GoldenJoystickAwards. We are truly humbled!

As the fire fades and we look back on a decade of memories, we are tasking you with one final quest in anticipation of the release of @ELDENRING. pic.twitter.com/47knsW8ane

“Elden Ring” enthusiasts have already flocked to the tweet in the hopes of winning free copies of the game, despite the fact that the promotion was only recently publicized. The game is quickly becoming one of the most eagerly awaited 2022 releases, and excellent feedback from the network test has further increased users’ anticipation for its debut. The beta test was one of the most popular gaming events in recent months, with some gamers paying hundreds of dollars for a code to try out the game on auction platforms like eBay.

After delaying the game from its intended January release date, the “Elden Ring” contest appears to indicate that FromSoftware is doubling down on its February 25 release date. Many games were delayed in 2021, owing to the ongoing global pandemic, which caused a shift in production as many developers began working from home. Unlike other beta tests, the “Elden Ring” early access revealed few bugs to players, demonstrating the high level of refinement that FromSoft fans have come to expect. This suggests that additional “Elden Ring” delays are unlikely, and with players eager to get their hands on the game, this is surely hoped for.