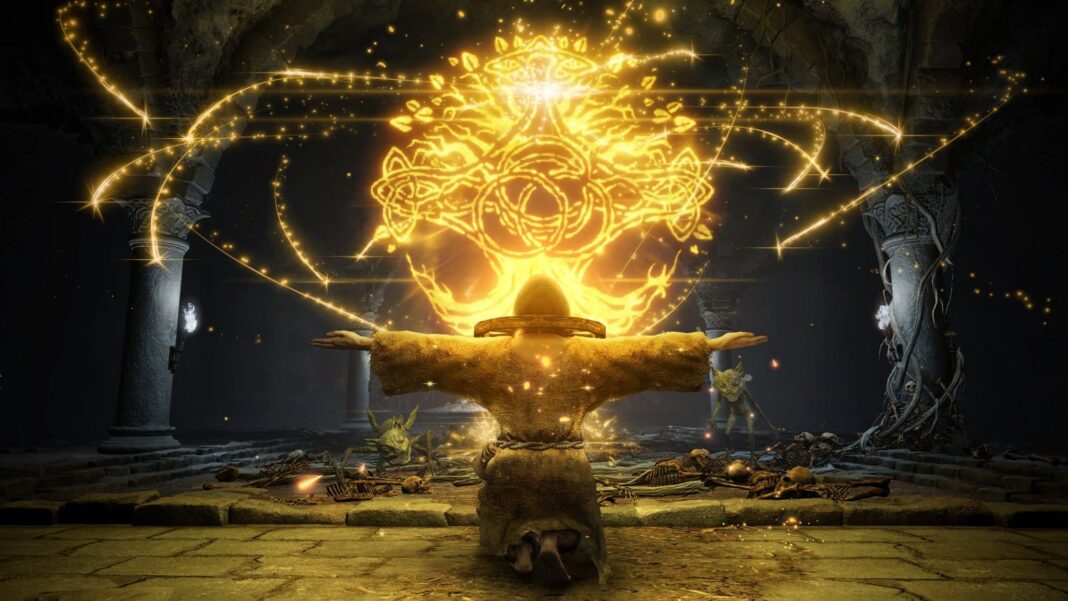 “Elden Ring’s” performance capabilities on PS5 and Xbox Series X|S consoles are outlined on a Bandai Namco webpage, which verifies 60fps and ray tracing functionality. The FromSoftware title emerged during Summer Game Fest with official gameplay footage and a January 2022 release date, after a two-year hiatus. However, as most people are aware, Bandai Namco has postponed the “Elden Ring” until late February.

Fortunately, the somewhat lengthier wait hasn’t resulted in another round of quiet from FromSoftware. “Elden Ring’s” development team, on the other hand, has been releasing fresh material on a regular basis lately, the most recent of which was about the five Character Classes. Players will be able to choose between the Bloody Wolf, Champion, Enchanted Knight, Prophet, and Warrior classes when the action RPG launches next year. Each class will bring something unique to the table. Given the imminence of the “Elden Ring” Closed Network Test, such news came at the best time.

Bandai Namco Entertainment has released a support website explaining console performance capabilities ahead of “Elden Ring’s” network testing phase, which begins on Friday, November 12. Adjustments to the “screen resolution and load balancer” allow for up to 60 frames per second in Performance Priority Mode on the PS5, Xbox Series S, and Xbox Series X platforms. In Resolution Priority Mode, on the other hand, the frame rate is reduced to 30 in order to maintain a “set maximum resolution.”

Fans were treated to another surprise last week when Bandai Namco and FromSoftware released a roughly 20-minute gameplay peek. Combat, open-world gameplay, exploration, and the in-game map were all shown during the stream. FromSoftware appears to have once again created an environment that players will want to explore for hours on end.

Previous articleThe Filming Of “The Last of Us” Is Officially Over
Next articleAccording to Matt Smith, “House of the Dragon” Won’t Copy Game of Thrones