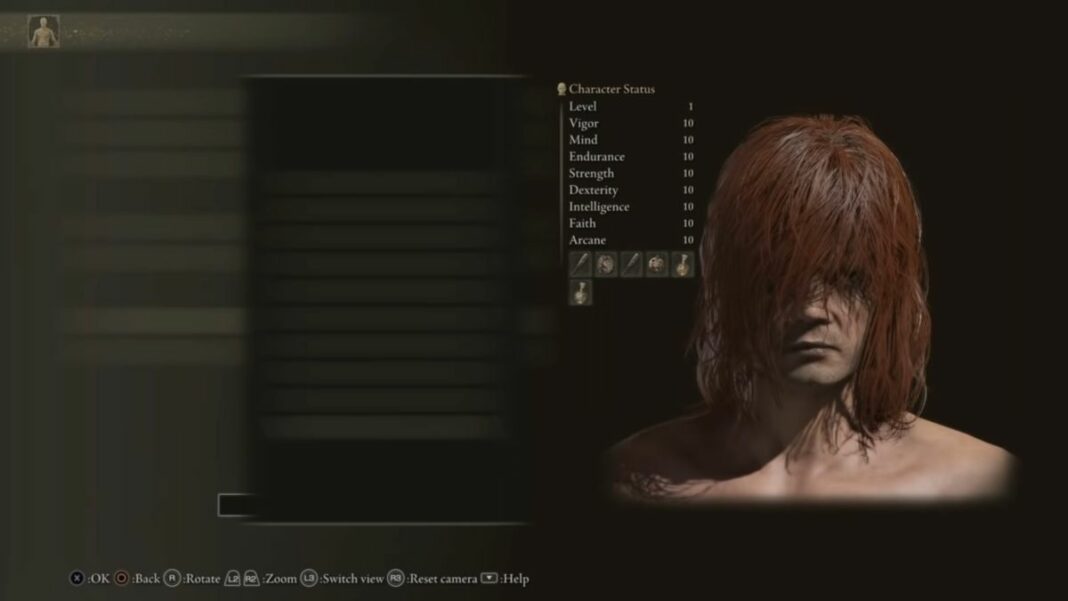 The character customization system, which was reportedly captured during a closed network test, is very much blanked out, which means there’s no way of knowing what may be changed.

However, YouTuber ER-SA generously spent over six minutes going over every blanked-out option — from toggles and buttons to full-on sliders – to give us an idea of what the system might have to offer (thanks, VGC).

It’s possible that as I type this, forces are conspiring to take down this video, but for now, you can see it for yourself in the video below:

In the video description box, ER-SA says, “Finally, you can simply build a good-looking character now:P.” “A significant improvement over prior games’ character creation.”

Along with pre-sets or perhaps randomized figures – there appear to be fully realized characters available, complete with outfits – the creation system appears to be surprisingly in-depth for a From Software title, offering a plethora of different hairstyles and facial features that can be tweaked and meddled with to your heart’s content, as well as numerous body types and the ability to select any color – and I mean any – for your character’s hair and skin.

The creator of Game of Thrones and the story behind Elden Ring recently posted to his own blog to praise the action RPG, calling it “amazing.”

ICYMI, according to a consumer poll conducted by Elden Ring developer From Software, a new Armored Core installment is in the works.

While the game has yet to be officially released, ResetEra-er Red Liquorice took to the site over the weekend to provide information of a customer survey that the studio purportedly sent them. While it didn’t divulge the game’s name – at the moment, it appears that many titles (most notably “Armored Core: [Something]”) are being considered – it did provide a description, as well as eight pictures and two 30-second “gameplay videos.”

“I’ve just finished doing a consumer survey about a new Armoured Core game with description, screenshots, and two 30 second-ish videos of gameplay – the first a boss fight and the second more in-world gameplay, a snow area,” they wrote. Because each screenshot boasts “unique ID watermarks”, they wisely opted not to share the screenshots publicly.