As you travel across “Elden Ring”‘s wide and perilous Lands Between, you’ll come upon a pile of Spirit Ashes that can aid you in combat. These ethereal friends may do some serious damage or just tank some strikes while you wreak havoc on a monster or a group of enemies. However, as one might anticipate, some are far superior to others. 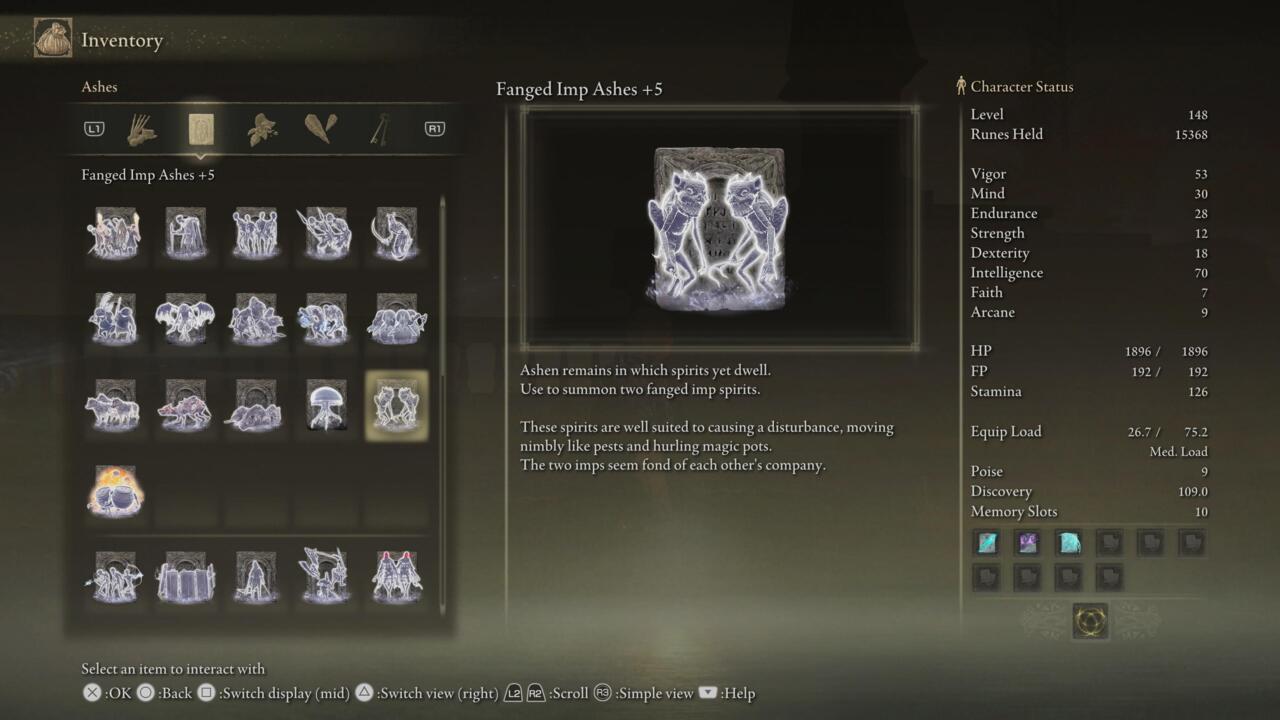 The Fanged Imp Ashes summon two imps with low defense that thrive at applying pressure to opponents. Their strikes cause bleed accumulation, which may do a lot of damage, especially early on, and their swift mobility can keep your enemies occupied while you recover stamina or heal.

Ashes of a Mad Pumpkin Head 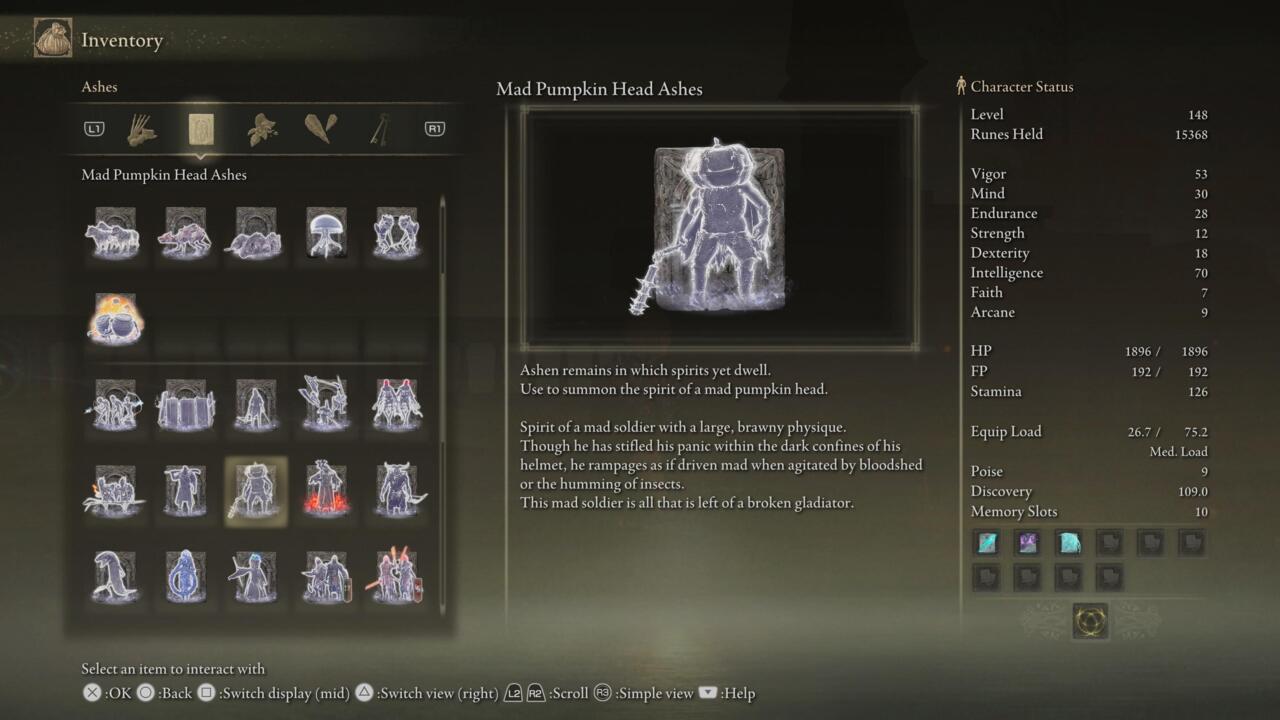 The Mad Pumpkin Head summon, like its physical form, wears a massive helm that is impervious to harm. This means that some hits will bounce off his skull, providing him with some extra resistance against certain opponent kinds. Even better, his flail attacks generate bleed accumulation, which may do some serious damage over time. 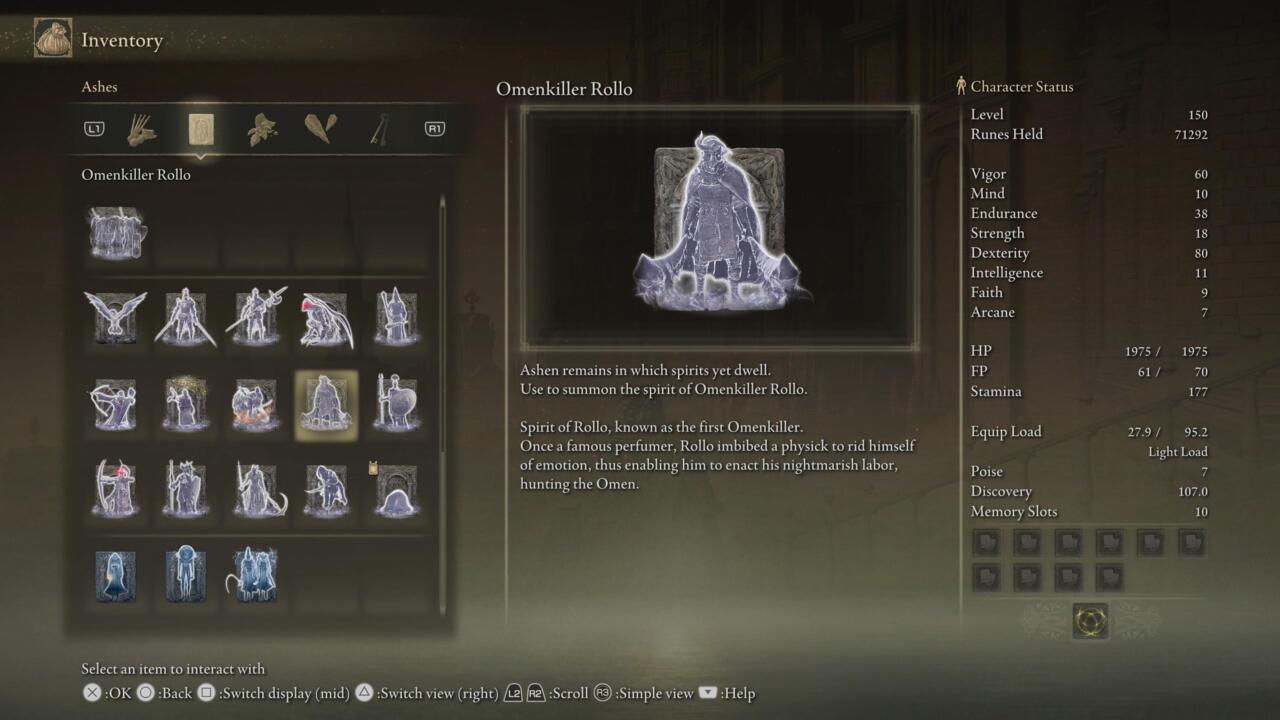 If you’re up against well-defended foes, Omenkiller Rollo will come in handy. Most bosses’ stances can be broken with no effort, allowing you to deliver massive critical damage, and his AOE fire strike is useful if you ever find yourself surrounded by hordes of opponents. 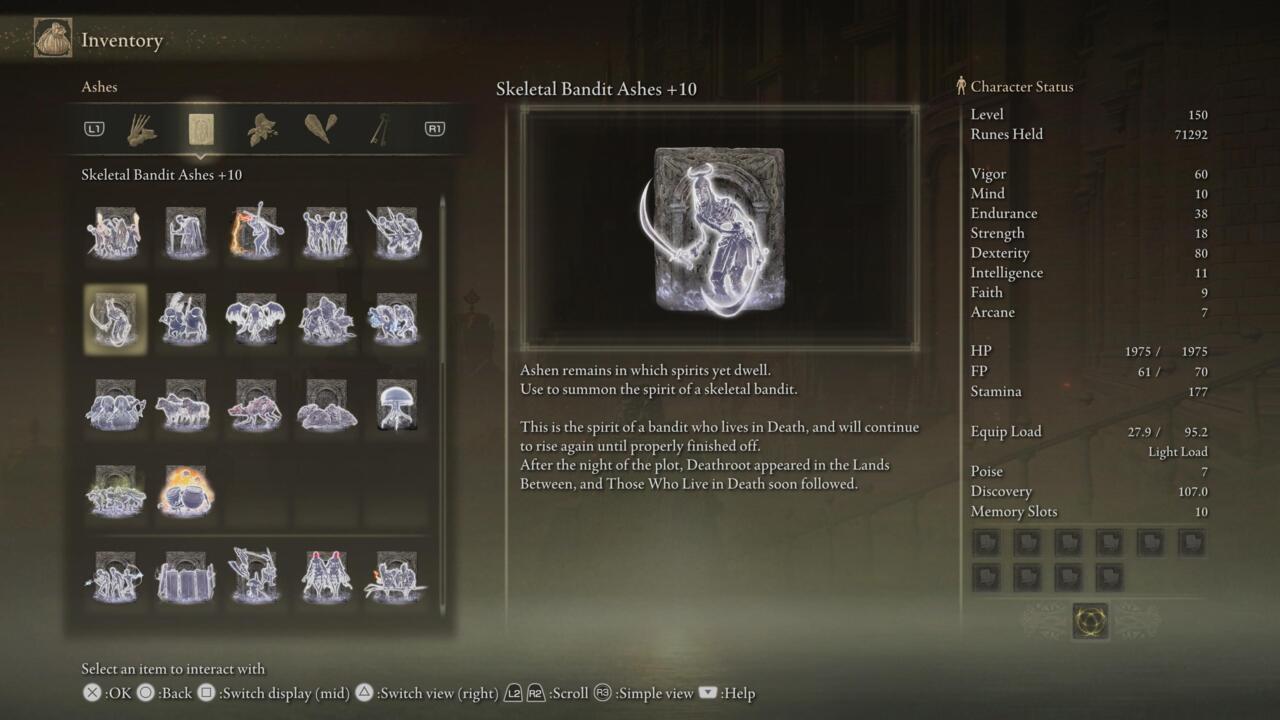 Because of its capacity to regenerate even after being killed, the Skeletal Bandit may be a very beneficial ally, especially before gaining some of the game’s greatest ashes. Of course, if an opponent hits it while it’s rising, it can be completely killed, so it’s critical to draw aggro when it’s briefly down for the count. 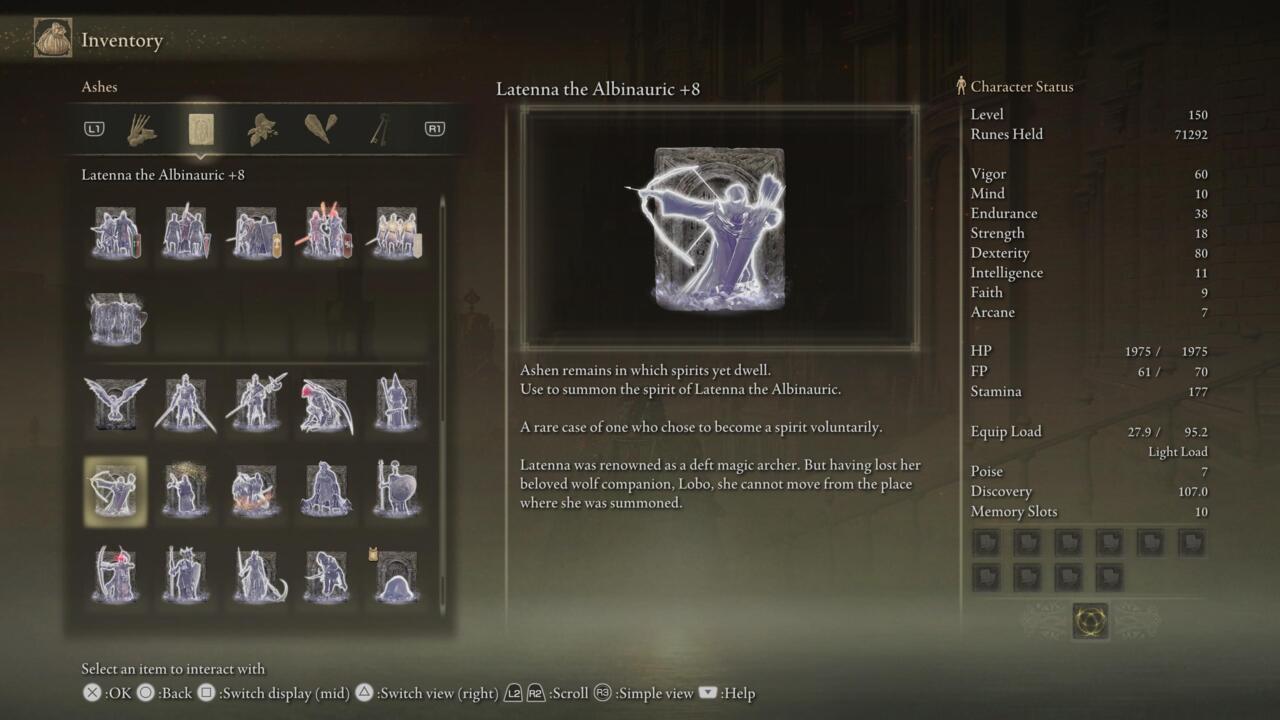 Latenna the Albinauric takes some planning to summon, but she may be a very strong summon. Because she sits stationary firing her arrows from wherever you call her, you may summon her far away from a monster or group of opponents to do massive additional damage while engaging them at melee range. 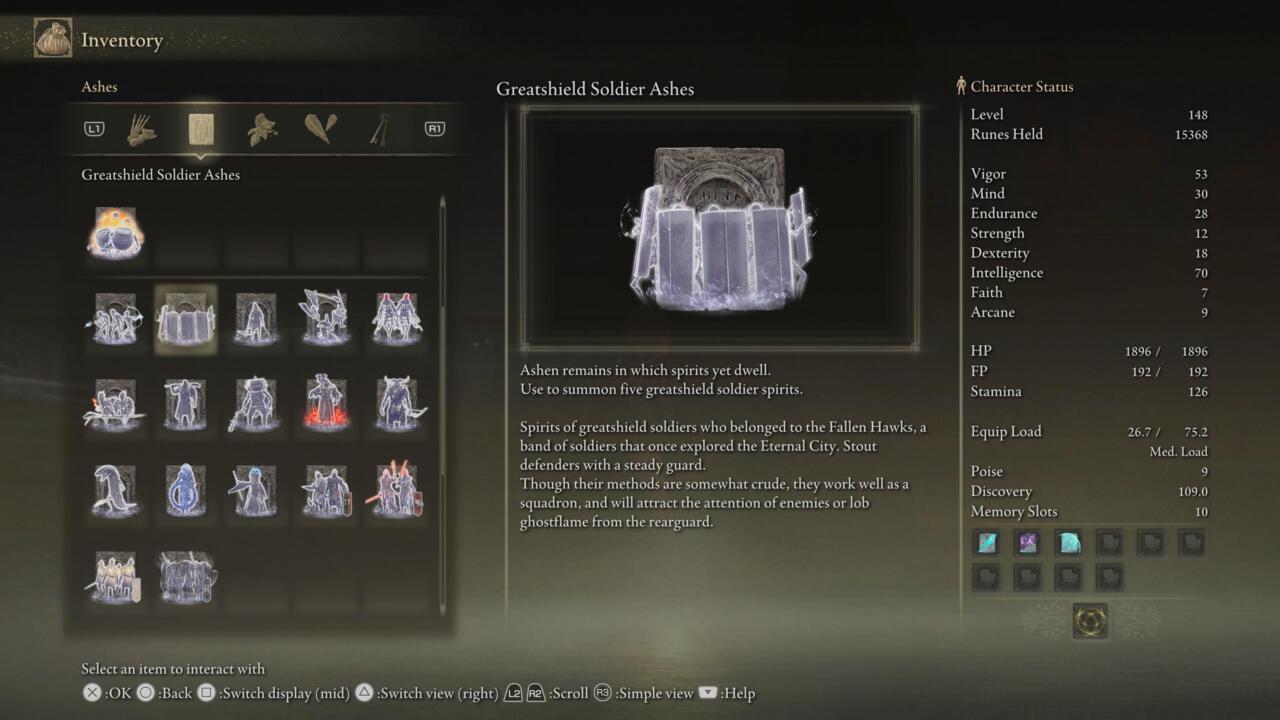 The ashes of the Greatshield Soldier ghost summon five soldiers with greatshields. They are the ideal tanking summon for magic users because to their massive numbers and great defensive qualities. Enemies will have a hard time killing them, but don’t expect them to cause much damage. 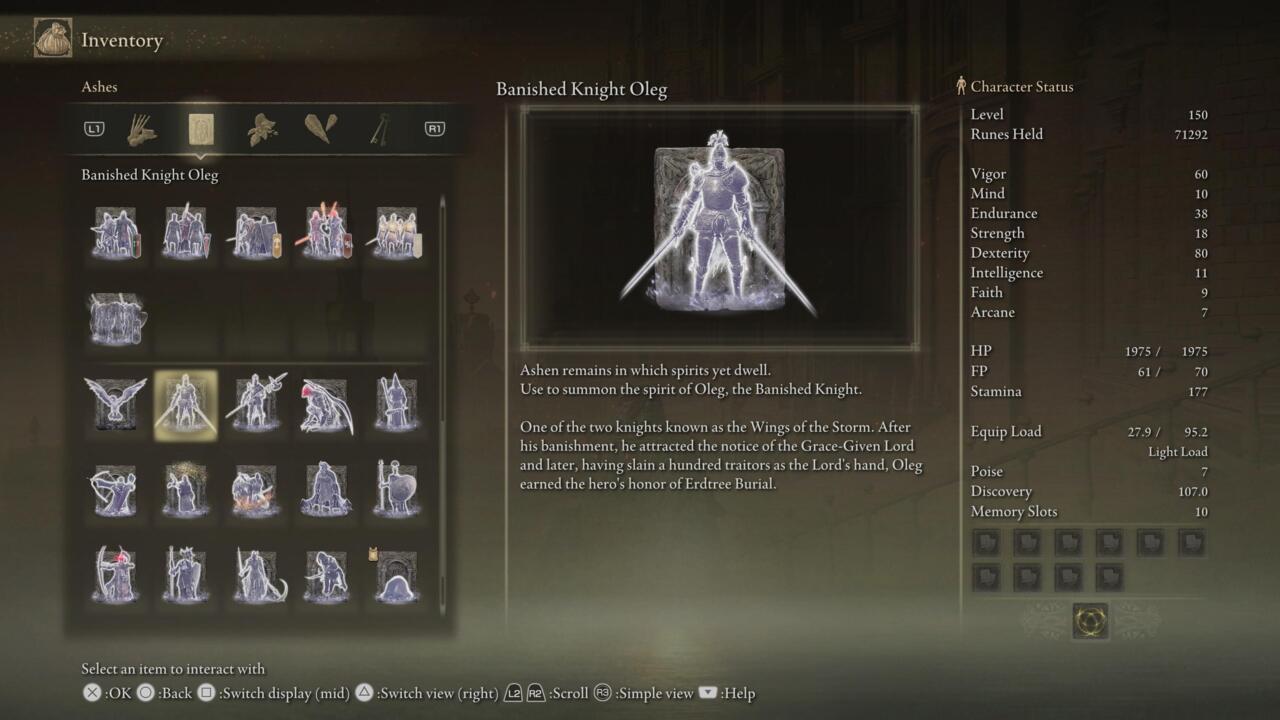 Knight exiled Oleg possesses excellent defense and poise while also being a potential source of damage. He’s an excellent tank, especially in the early stages of the game, letting you to sneak up behind adversaries as he knocks them up and breaks their stances. 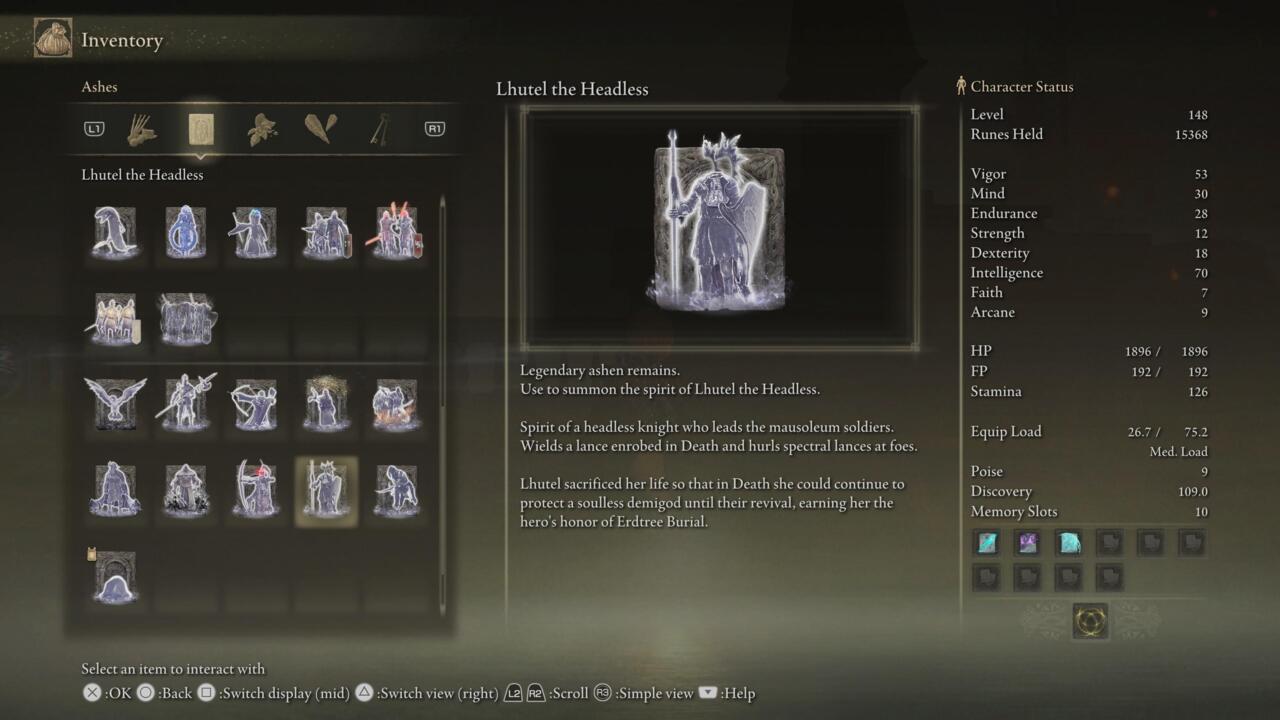 Lhutel the Headless is without a doubt the finest tanking summon in the game. Although she doesn’t do as much harm as some other spirit ashes, this ally’s resilience is unparalleled. She’ll continually teleport around enemies, shielding herself with her gigantic greatshield when they attack, giving you plenty of time to accomplish whatever you want.

Tiche Ashes of the Black Knife 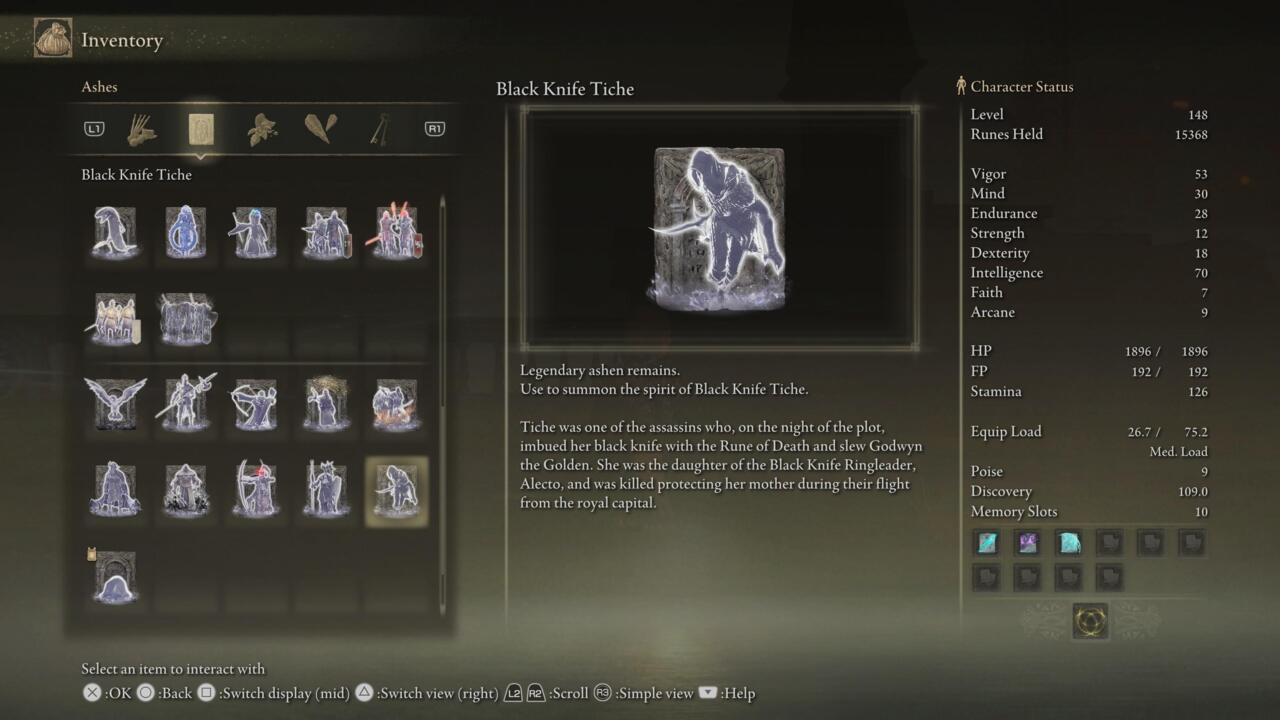 Black Knife Tiche is one of the most formidable ghostly allies in the game. She doesn’t have a lot of health, but she makes up for it with her relentless evasion. Meanwhile, her ranged strikes deal massive amounts of damage, often exceeding your own, making her an important asset against bosses that are causing you problems. 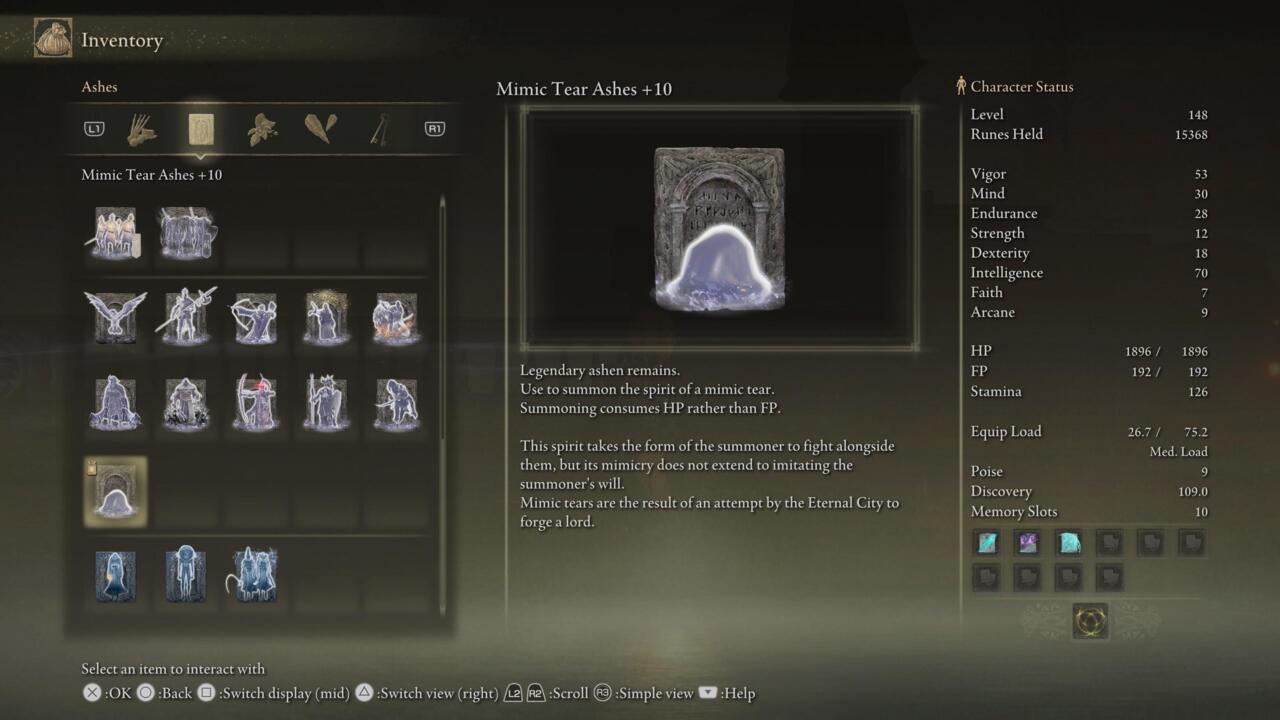 It is said that if you want anything done well, you should do it yourself. In a way, the Mimic Tear summon does just that. This one-of-a-kind spirit ash summons an exact replica of your character, along with all of their gear, to fight alongside you. It’s tough, deals good damage, and even repairs itself with consumables as you do. There’s no doubting that this is the best option for the vast majority of constructions.

Theory about the foundation adaptation