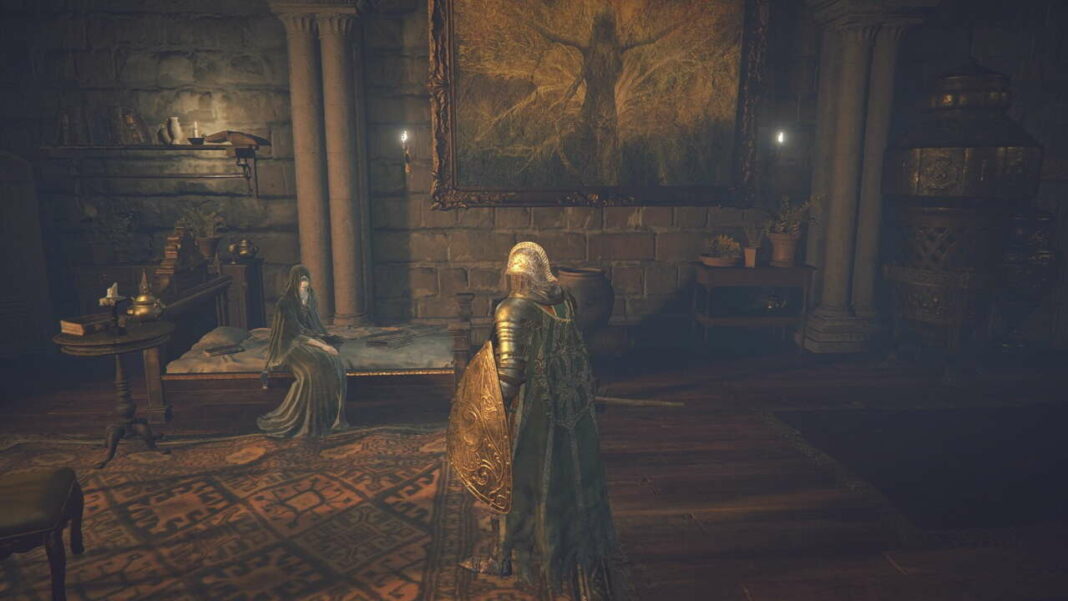 Fia in “Elden Ring” appears to be a good lady—perhaps a little lonely, but someone who sincerely wants to help. She’s determined to become a champion herself after spending an eternity as a deathbed companion and to help someone else achieve greatness in what appears to be an act of pure altruism. That’s where you’re sort of mistaken. Fia’s hug grants a one-of-a-kind item that can make a big difference in big battles, but it comes at a price.

The Hug Debuff of Elden Ring Fia is explained.

A status icon with a red square and an arrow pointing down displays below your health and FP bars if you let Fia embrace you in Roundtable Hold. This signifies that your HP has dropped. It’s only a 5% reduction, but it can make a difference in most encounters, particularly difficult ones like the Margit and Godrick boss fights.

However, the debuff isn’t permanent. The item Fia provides you with the hug, Baldachin’s Blessing can help you regain your health. Whether or not this is worthwhile is a matter of personal preference. The hug debuff might be devastating, but the increased Poise it provides means you can withstand longer enemy assaults without breaking stance. The Blessing isn’t required, but it’s worth employing if you need a fighting edge.

In Elden Ring, what does Baldachin’s Blessing mean?

Baldachin’s Blessing is a one-of-a-kind item that can only be obtained through Fia’s embraces. It consumes a little amount of FP while increasing your Poise in combat. The probability that an enemy’s strikes would stagger you, weakening your defense and leaving you dazed and vulnerable is determined by your poise. Heavy armor normally boosts your Poise, putting less robust classes like Astrologers and Confessors at a disadvantage.

Baldachin’s Blessing can be used at the right time to eliminate the health disadvantage and give you an advantage against tough enemies without having to endure the repercussions. The only way to eliminate the debuff is to consume the Blessing. It has no impact to rest at a Site of Grace, so make sure to use it at some time.

In “Elden Ring“, poise will only get you so far, and Fia’s is far from the only debuff you’ll face. If you don’t remove the Poison condition quickly enough, it can wreck even the best-laid plans. Spending some time farming Runes is also a good stat investment in the future of your Tarnished and the weapons they’ll find.