According to a Player, “Elden Ring’s” Golden Leaves Actually Grant a Secret Buff 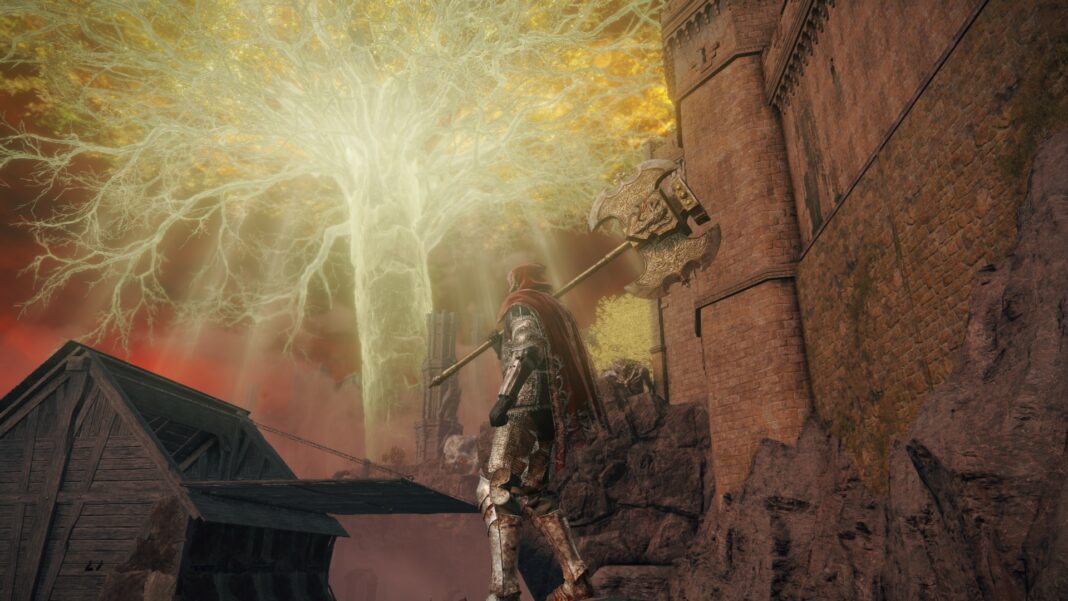 “Elden Ring”, from FromSoftware, has a lot of hidden features, including a weather effect that offers a minor bonus. The open-world adventure transports players to The Lands Between, a vast fantasy realm brimming with adventure and discovery. While “Elden Ring” aims to be more approachable than its predecessors, the action role-playing game is nonetheless brimming with secrets to discover.

Before the game’s release, key information of “Elden Ring‘s” open environment was kept hidden, allowing players to explore The Lands Between for themselves. Even the game’s initial location, the lush golden land of Limgrave, is brimming with hidden tunnels to discover and ruthless field enemies waiting to ambush the player at any moment. Since Demon’s Souls, “Elden Ring’s” cycle of defeat, exploration, and victory has been a FromSoftware staple, but the open-world nature of the newest souls like title allows players to employ a wider range of strategies. While a player’s beginning powers are determined by their starting classes, the playable Tarnished can level up their qualities and eventually wield whatever piece of equipment they want. For optimum effect, one bizarre “Elden Ring” glass cannon setup, created unsurprisingly by YouTuber penguinz0, even needs the player character to be nude.

A brand-new “Elden Ring” secret, uncovered by well-known people such as YouTuber Iron Pineapple, will reportedly reward players more Runes. The Lands Between’s open-world includes a full day-night cycle as well as weather variables that alter enemy behavior and provide the player with advantages or drawbacks. Golden leaves fall from “Elden Ring’s” sky at night due to an ostensibly random weather event, and Iron Pineapple has disclosed that players gain extra Runes for each adversary they kill when this is happening. Despite the fact that the functionality isn’t mentioned in the game, the YouTuber’s history with FromSoftware games suggests he did his homework.

“Elden Ring’s” open environment includes weather and a day-night cycle for enhanced immersion, in addition to thrilling secrets to discover and fierce adversaries to defeat. Enemy behavior is influenced by in-game time, with nocturnal creatures resting during the day and becoming hostile at night. As Iron Pineapple discovered, weather effects can affect fighting, with rain reducing fire damage while increasing lightning damage. Players can even kill time at Sites of Grace, which allows them to develop strategies based on the passage of time and the weather.

Players are continuously uncovering never-before-seen features and intricacies around The Lands Between, thanks to “Elden Ring’s” recent release on February 25. The beautiful open world is full of spectacular landscapes and scary foes, and the environment has a direct impact on the gameplay. The sight of golden leaves falling from the sky is lovely, and this event allows players to earn extra Runes every kill.

The “Game Will Change Forever” Thanks To Halo Infinite Forge

The new Mercedes-AMG C 63 S E PERFORMANCE: the dawn of a new era