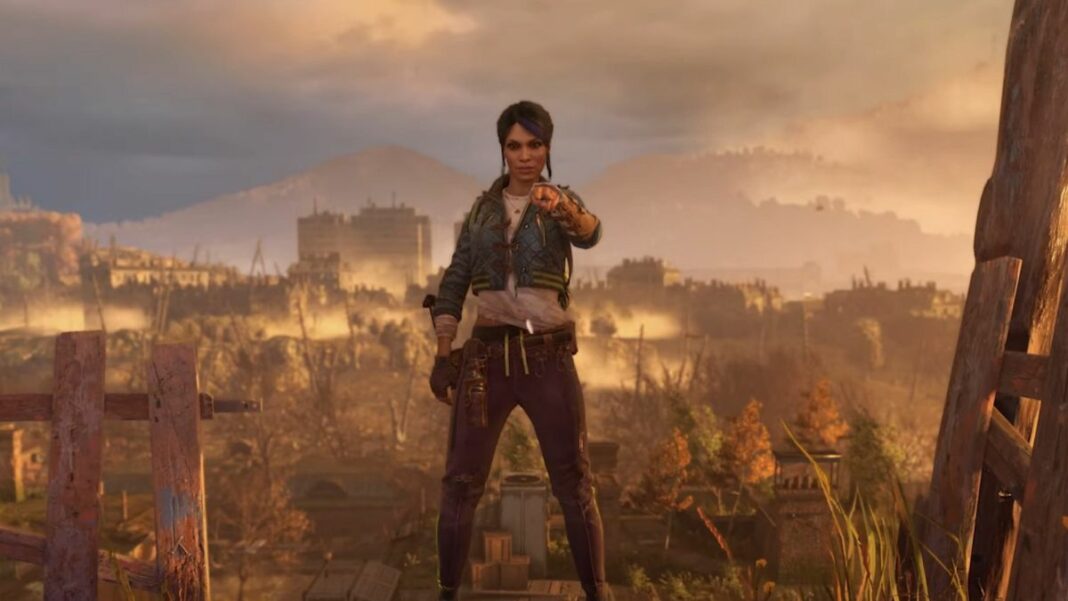 Easter eggs can be found all across Villedor in “Dying Light 2”, leading to things like secret weaponry and even a special hoverboard. The surprises extend beyond new in-universe things, such as a hilarious allusion to The Office (US version) and Dwight Schrute, the stickler assistant (to the) regional manager. This guide will show you how to uncover the Dying Light 2 / The Office Easter egg, as well as all 117 keepsakes throughout the game.

To uncover the Office Easter egg in “Dying Light 2”, you’ll need to have unlocked the Central Loop location, which appears around 10 hours into the game and allows you to travel quickly. Once you’re free to travel about Central Loop, walk to the Culvert Island monument in the Garrison district’s northeast corner.

When you arrive, look for the three-story shelter with pumpkins on the porch and enter through the ground-floor door. A note about someone needing a stapler can be found on the wall to the left of the door. You can pick it up to add to your keepsakes collection. The following is the text of the note:

“I’m on the lookout for a stapler. Is something broken or defective? That’s fine! I accumulated quite a stockpile of essentials as a former office manager. I have a large number of them. Probably in the literal sense. I could make a lot of people’s lives easier if I could just get my hands on a stapler. Heck, I could even start my own company. Any mutually beneficial interaction that leads to me becoming a STAPLER is welcome!”

There is no caption provided.

Dwight Kurt S. III signs the letter, and even Kevin Malone can figure out what the S stands for. Though Dwight isn’t visible in “Dying Light 2’s” open world, he appears to be doing well at the end of the world, perhaps tending to a post-apocalyptic beet farm and fending off the undead with his amazing weapon collection. However, he should look for that stapler in abandoned vending machines.

And here I was thinking that such a society would be a lot harsher, but here’s Dwight, living pretty on a planet hellbent on murdering everyone. After all, it’s not that difficult.

Previous articleWhat Are The Infected Trophies In “Dying Light 2” And What Is The Best Farming Strategy?
Next articleThe “Battlefield 2042” Refund Petition now has over 30,000 signatures & It Keeps Growing