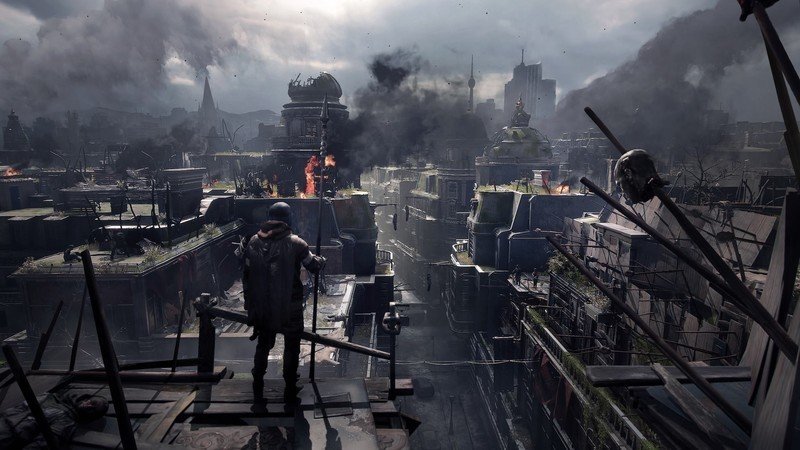 Take a stroll in the city

Simply keep a watch out for a small tracker in the bottom left corner of your screen, along with a picture of your GRE Key. Inhibitors can be found throughout “Dying Light 2’s” open environment, frequently inside buildings or even safehouses. To get to them, simply follow the tracker, which simply indicates how far away you are from an Inhibitor cache. The tracker, on the other hand, will only appear when you are within 50 meters of an Inhibitor.

You’ll definitely have to fight several zombies once you get to the cache, but it’s a little price to pay for such a valuable resource. Just keep an eye out for the tracker to go off while you race across the city. Because there are 126 Inhibitors in the game, the tracker is likely to appear frequently while you’re playing.

You’ll be able to activate radio towers later in the game. After that, each tower will ping all Inhibitors in a region on the map. This makes late-game Inhibitor cleanup a whole lot easier.

Enter the ring of battle

Dark Zones and GRE Anomalies can be found around “Dying Light 2’s” city, both of which can provide a consistent supply of Inhibitors for a price. Dark Zones are particularly dangerous locations that can only be visited at night since they are densely populated with biters during the day. Even at night, you’ll have to be cautious in these regions, since you could be overrun if the undead sleeping inside become aware of your presence.

Similar to GRE Anomalies, GRE Anomalies can only pay out Inhibitors at night. Instead of sneaking past the undead, you’ll have to engage in a mini-boss battle with an evolved undead. You’ll be able to loot a container full of GRE items, including high-level crafting materials, sellable resources, and yes, additional Inhibitors, after taking it out, along with whatever other zombies it may call.

If you don’t continually gather Inhibitors in “Dying Light 2”, you might not get very far. You may improve your health or stamina with three of the shots, which naturally gives you more of either. Upgrading your health and stamina, on the other hand, will allow you to access more of the game’s strength and parkour skill trees.