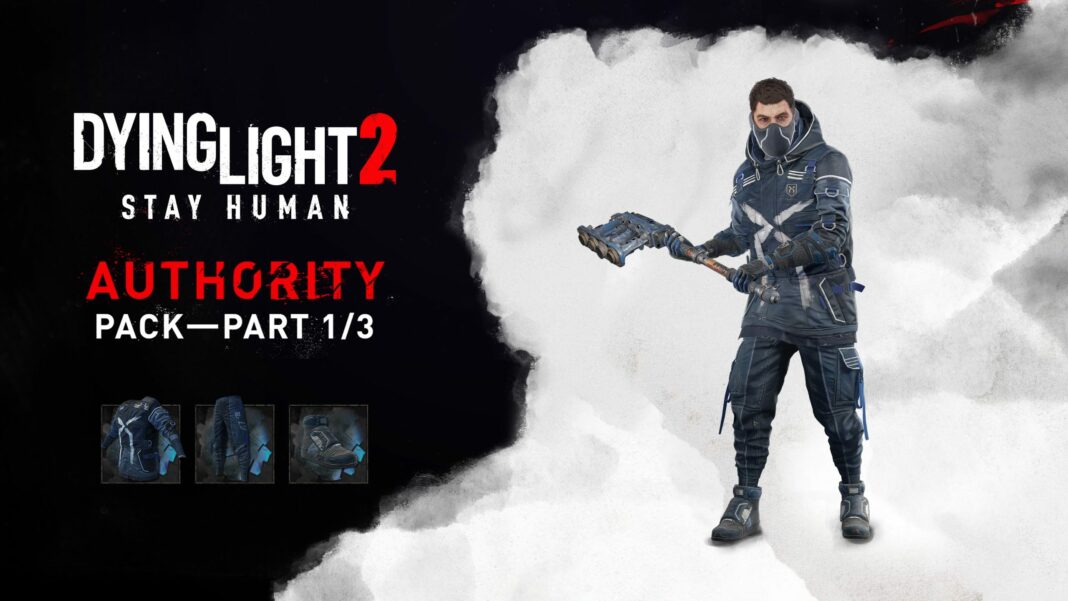 The first DLC pack for “Dying Light 2” has been revealed, and you can see it below. The new Authority Pack DLC is “coming soon,” according to developer Techland, but it appears like we’ll have to wait for two more DLC packs to get the weaponry and armor shown in the Twitter image below.

Our first free DLC for Dying Light 2 Stay Human is coming! The Authority pack consists of three parts that you’ll be able to claim to collect the full set. Check https://t.co/FoeFgmABtt for more info! The first one’s arriving soon, so stay tuned!https://t.co/pfswjVsp3U pic.twitter.com/sXG6FfYLBk

This is the first of many DLC packs planned for Techland’s follow-up. Earlier this year, the developer promised “Dying Light 2” five years of post-launch support and disclosed that the game’s first DLC will be “Factions-inspired.” Given that this new DLC costume appears like it’s centered around the Peacekeepers faction in the sequel, perhaps we can expect Survivors-themed DLC gear at some point in the future.

However, “Dying Light 2” will receive story DLC in the near future. When the post-launch roadmap was announced, it was confirmed that story DLC will be released in June and that this wouldn’t be the only story-focused DLC for “Dying Light 2” after launch; another specific story-led DLC would be released at a later date.

Apart from the new plot and Factions DLC, additional DLC challenges will be released next month in March, and events based around mutant diseased will be released the following month in April. While the story-focused DLC packs will cost extra, all of the challenges, mutant infected, and Factions gear DLC packs will be available for free to everyone who has “Dying Light 2”.

How to Create Literature-Inspired Narrative Compositions for Solo Acoustic Guitar