Techland’s sprawling, open-world zombie RPG, “Dying Light 2: Stay Human”, is almost here. Fans have been waiting a long time, with the first game in the series releasing in 2015 and the sequel experiencing repeated delays.

So, when will fans be able to get their hands on “Dying Light 2”? This is dependent on your platform and location and does not apply to Nintendo Switch users. You’ll have to wait a little longer if you want to play on Nintendo’s platform. “Dying Light 2’s” cloud version has been delayed, although it should be available within the next six months. Let’s break it down now that that’s out of the way. 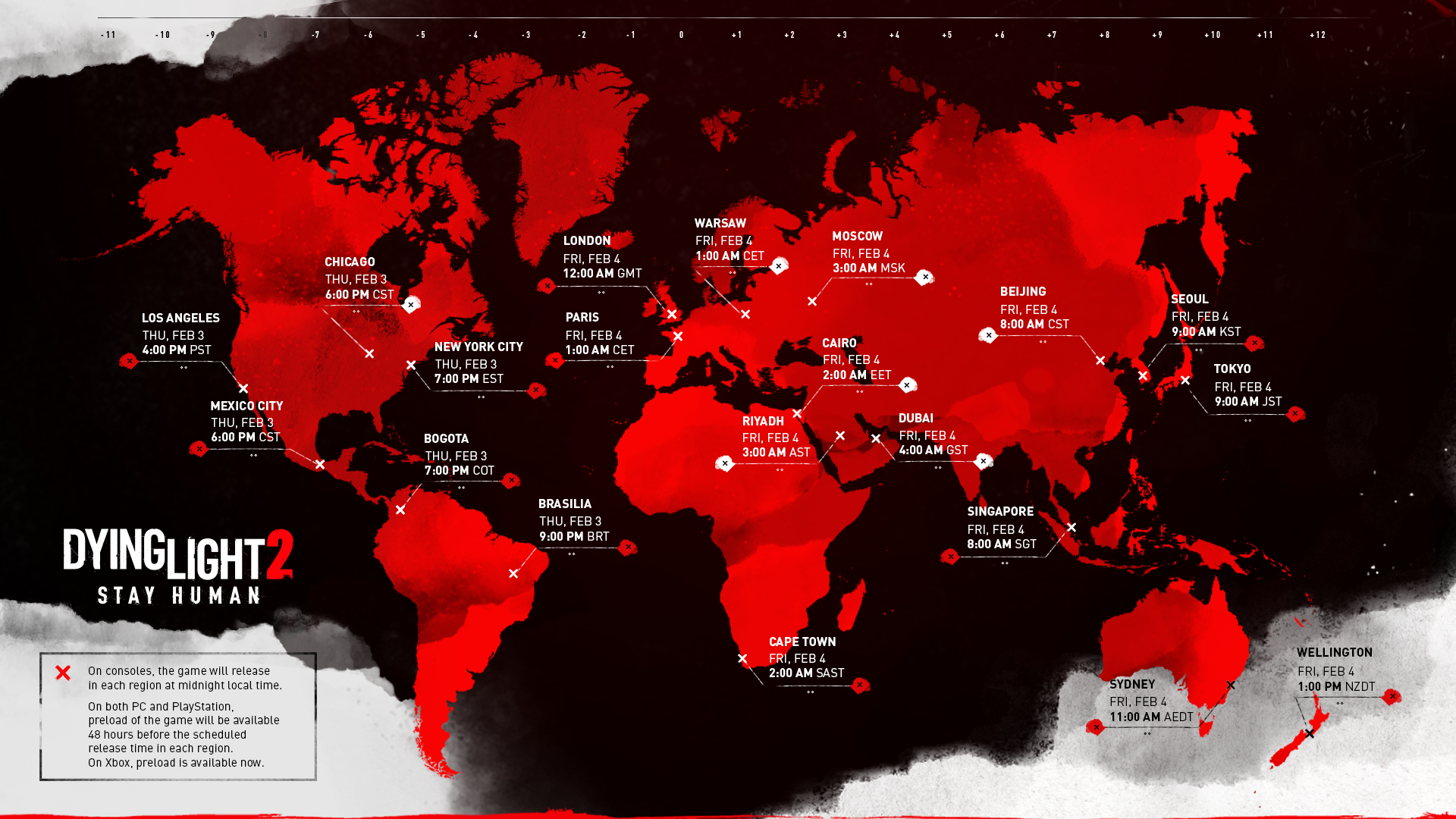 When you can start playing “Dying Light 2” will depend on where you are in the world and what platform you’re using. The game will be available for console users on February 4th at midnight local time. It’s a tad more difficult on a PC. The official breakdown is as follows:

On all platforms, the game is currently available for pre-order. When it came to pre-loading, Xbox users received a head start, with players on the PC and PlayStation able to do so up to 48 hours before the game’s release.

It’s happening!
You can now Pre-load Dying Light 2 Stay Human on every platform!
We are ready… Are you?#DyingLight2 #StayHuman pic.twitter.com/A15zpwaCdH

“Dying Light 2” could take up to 500 hours to complete, according to Techland. Techland believes that the game will take roughly 20 hours for individuals who are simply interested in the primary story. A complete playthrough of the game, including the main story and all side quests, is estimated to take roughly 80 hours. During those dozens of hours, you’ll battle both humans and the undead while roaming the game’s open-world with its in-depth parkour elements and making decisions that will affect the future of The City, where the game takes place. The game supports a four-player co-op while being designed as a single-player experience.