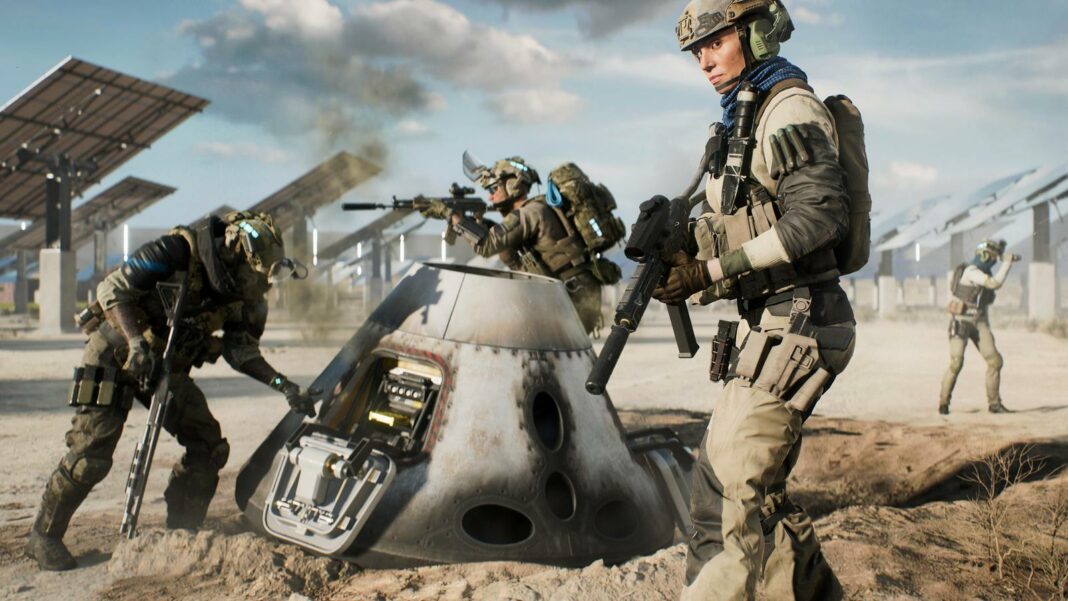 A “Battlefield 2042” weapon list has supposedly leaked, courtesy of a Reddit user who claims to have gotten early access to the highly anticipated shooter by accident.

A screenshot of the claimed weapon screen was posted in a post titled ‘I GOT BF 2042 EARLY’ by Redditor u/Aaronfrogger. The highlighted weapon is an AR known as the SFAR-M GL, which has the following description: Designed for SOCOM. Standard NATO 7.62mm cartridges are chambered by default. Fires semi-automatically and automatically. You can do a lot of damage to a variety of targets with the conventional EGLM 40mm grenade launcher.

We don’t know what the other weapons’ names are, but we do know how many of each type there are in “Battlefield 2042”. If the above image is correct, the following weapons are available:

Some people complain about the lack of firearms in the initial post, with one person labeling the lack of more than one typical semi-auto weapon “absurd” and others making some pretty NSFW statements. At first sight, there may not appear to be many weapons, however, more may be added when “Battlefield 2042” is released.

Feedback on the “Battlefield 2042” beta was “overwhelmingly favorable,” according to EA CEO Andrew Wilson, so perhaps the current weapons situation isn’t that horrible.

“On balance, the feedback from the beta was overwhelmingly positive. I think there was some conversation around some elements of the beta, which is not unnatural in beta. And we’ve been able to take that feedback around those constructive elements and really implement that in the game,” Wilson said on a recent earnings call.

“Battlefield 2042” will be released on November 19 on Xbox One, Xbox Series X, PlayStation 4, PlayStation 5, and PC.

“House Of The Dragon” Just Told You That Season 1 Wouldn’t Have Many Dragons.