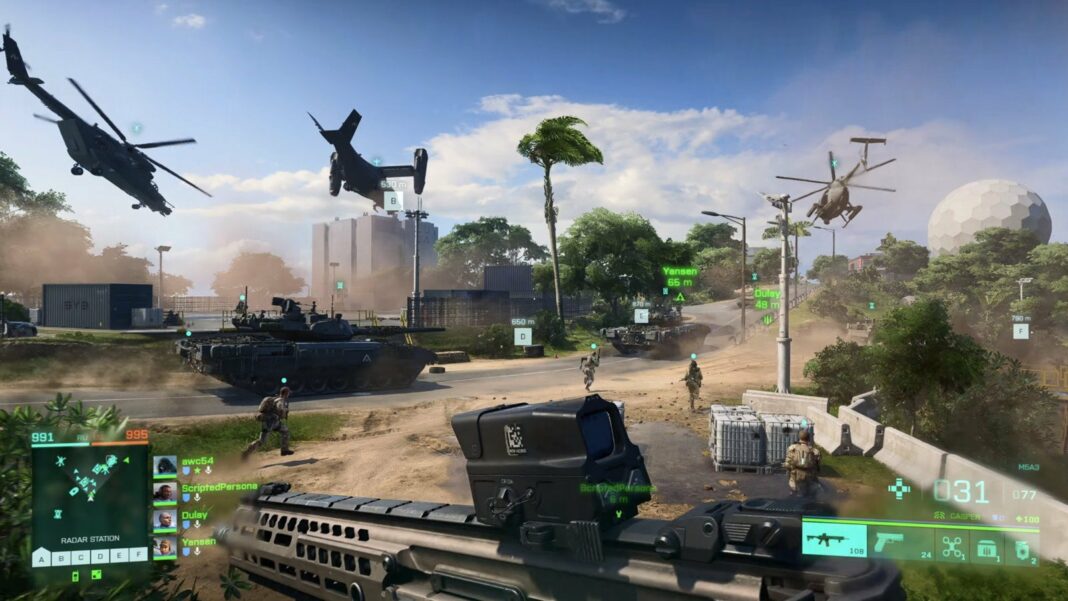 The first of two forthcoming “Battlefield 2042” patches is set to release on November 25. Battlefield 2042 Update #2 is much smaller than Update #3, which is due out in early December, but it does include some much-needed urgent vehicle nerfs as well as global weapon accuracy increases.

Aside from those two categories, “Battlefield 2042” gamers may expect to see some of the game’s smaller issues addressed. A fault that prevented players from respawning after being knocked out has been rectified, as has a problem that sent players back to the menu after waiting for a Battlefield Portal match. The entire list of changes in Update #2 of “Battlefield 2042” can be seen below.

MD540 Nightbird Mounted 20mm Cannons – We’re limiting the radius at which bullets cause damage on impact, as well as the amount of splash damage they cause.

We are reducing overall damage and the range at which rounds perform complete damage while increasing the overall bullet spread on the KA-520 Super Hokum – 30mm Cannon (side mount).

We are limiting the radius at which rounds deal damage upon impact and decreasing their splash damage on the AH-64GX Apache Warchief and KA-520 Super Hokum – 30mm Cannon.

The Minigun’s total damage has been lowered for all Land Vehicles, and bullet damage reduction has begun sooner.

Breakthrough matches will now terminate when the last sector has been captured appropriately.

Players queuing for a match in Battlefield Portal were directed back to the menu instead of joining the match when a slot became available, which was fixed.

Game stability has been improved in general to prevent rare instances of game crashing.

While patches for some of “Battlefield 2042’s” flaws are on the road, some players may not be satisfied. “Battlefield 2042” is presently receiving “generally unfavorable” reviews, with many users citing glitches and a lack of legacy features as reasons. Despite the negative reviews, the game continues to be popular, with DICE claiming that it now has “millions of players” and is surpassing Battlefield 5.