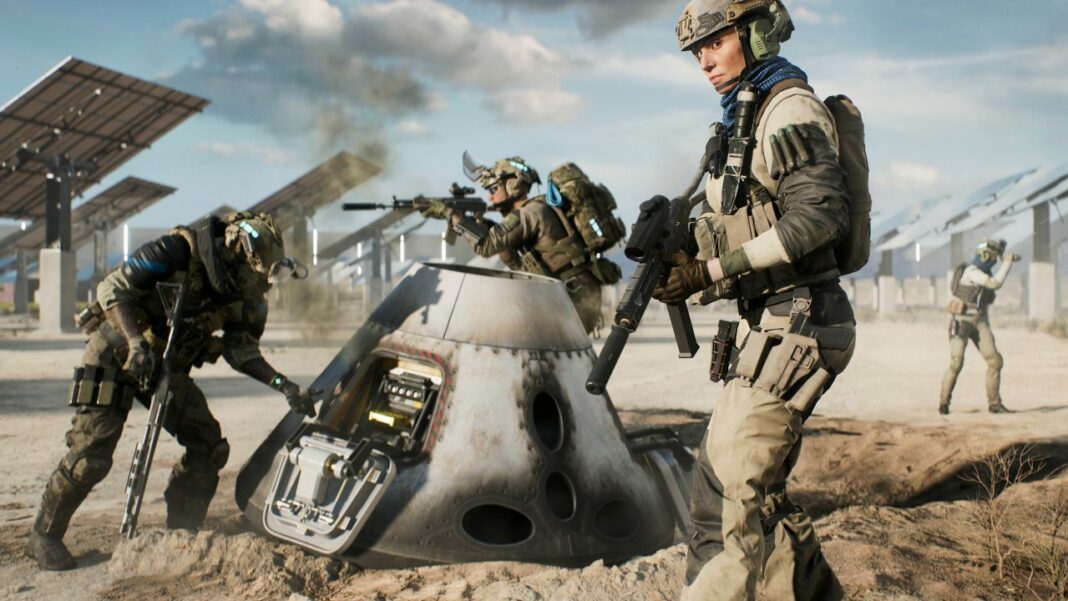 “Battlefield 2042” has only been released for a few months, yet it’s already broken to the point where Steam is offering refunds to anyone who wants them. “Battlefield 2042” launched with a slew of bugs, and it doesn’t appear that things have gotten much better since then. The fact that Steam is prepared to offer refunds indicates that the flaws are more than just graphical defects or coincidental events.

“Battlefield 2042” was supposed to be released in October 2021, however it was pushed out to November, with an open beta test taking place in October instead. Millions of people participated in the open beta, and DICE published a lengthy blog post afterward describing what it had learnt from the feedback and what adjustments it will make to the game before launch. “Battlefield 2042” started with a big list of flaws, so that one beta weekend may not have been enough. Gamers have expressed their dissatisfaction on social media, and some have even asked for their money returned, citing the game’s flaws. While this type of event happens infrequently in many games, individuals complaining about the bugs in “Battlefield 2042” may have a valid complaint.

According to a report from Charlie Intel, Steam users who request refunds are getting them. Most Steam purchases are eligible for refunds, but only if they are returned within fourteen days after purchase and have been played for less than two hours. In the case of “Battlefield 2042”, it appears that Steam is ready to overlook its criteria and issue refunds based on the game’s unstable nature. Some of the flaws in “Battlefield 2042” are very awful, so it’s understandable that gamers would seek a refund for a game that they couldn’t play in some circumstances. It’s interesting that Steam is ready to break its own regulations in order to issue refunds for the game, but it could indicate how unusable the game is for people.

When games are released with bugs, gamers frequently “review bomb,” or leave a stream of negative reviews urging others to avoid the game and lowering its score on review sites. While this has been done in the past as a kind of protest against particular DRM software, “Battlefield 2042” is undeniably full of flaws, thus the poor reviews could simply be honest criticisms of the game in this case. “Battlefield 2042” has become one of Steam’s worst-reviewed games, so if the company is offering refunds outside of its normal window for what is now one of Steam’s worst-reviewed titles, it’s a sign that the game is indeed broken and could have used more development time.

Previous articleA BTB Patch for “Halo Infinite” Is In the Works, As Well as a February Update To Address Cheating and Other Issues
Next article“The Sandman” Show on Netflix is Rated TV-MA for Violence, Sex, and Language