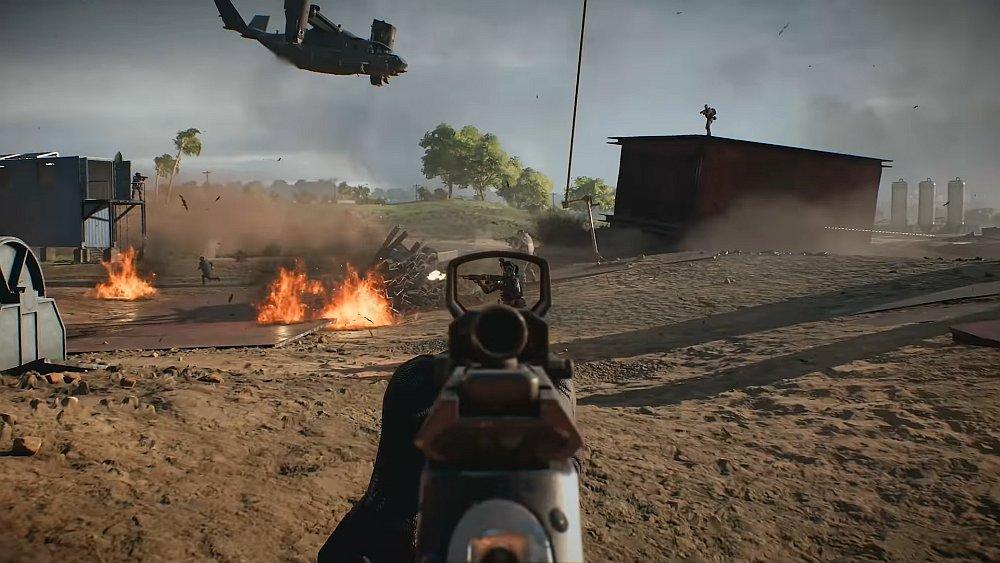 “Battlefield 2042’s” latest PC clip shows the game operating with ray tracing and NVIDIA’s outstanding DLSS technology-enabled. The Battlefield franchise has always served as a showcase for the best in PC gaming in terms of visual fidelity and performance. Given the ambitious scale of this impending release, it’s no wonder that “Battlefield 2042” is following in the footsteps of its predecessors.

The new edition in Electronic Arts’ tentpole FPS franchise, which was announced earlier this summer, will be the most expansive to date in terms of scope. The PC, PS5, and Xbox Series X versions of the game will be able to host up to 128 players in online matches in modes like Conquest. Battlefield Portal, DICE’s community-driven platform, is also meant to change things up. But, when it comes to high-end PC systems, how well will it all look? NVIDIA has published a new trailer that previews all of the possibilities and more.

NVIDIA GeForce, which recently published a brief video on its official YouTube account, has provided the newest glimpse at “Battlefield 2042“. This look at “Battlefield 2042” shows the first-person shooter operating on a PC with NVIDIA’s DLSS, ray tracing, and Reflex activated, the latter of which dynamically minimizes system latency. The gaming footage was captured on NVIDIA GeForce RTX 30 Series, according to the text at the beginning of the movie. It’s a sight to witness, to say the least. In the video below, you can see the new “Battlefield 2042” trailer:

The RTX, as seen in the trailer above, will improve ambient occlusion. Meanwhile, NVIDIA’s ground-breaking work with DLSS could improve graphical performance and frame rates significantly. Furthermore, as previously stated, Reflex technology minimizes latency so that competitive players never have to worry about system latency. If everything goes as planned, this list of improvements will almost certainly ensure that PC is the finest spot to play this year’s Battlefield iteration.

“Battlefield 2042” was originally set to release on October 22 for PC and consoles, however, it was moved back a month to November to allow the development teams to fully realize their vision. Although performance concerns like stuttering and frame rate reductions made many players skeptical of the upcoming release, EA and DICE staged closed and open betas weeks following the delay announcement.

Previous articlePlayers Might Have An Option To Get In The “Halo Infinite” Game With Help Of Early Access
Next article“Y: The Last Man” TV Show’s Season 1 Finale Recap

The “Game Will Change Forever” Thanks To Halo Infinite Forge