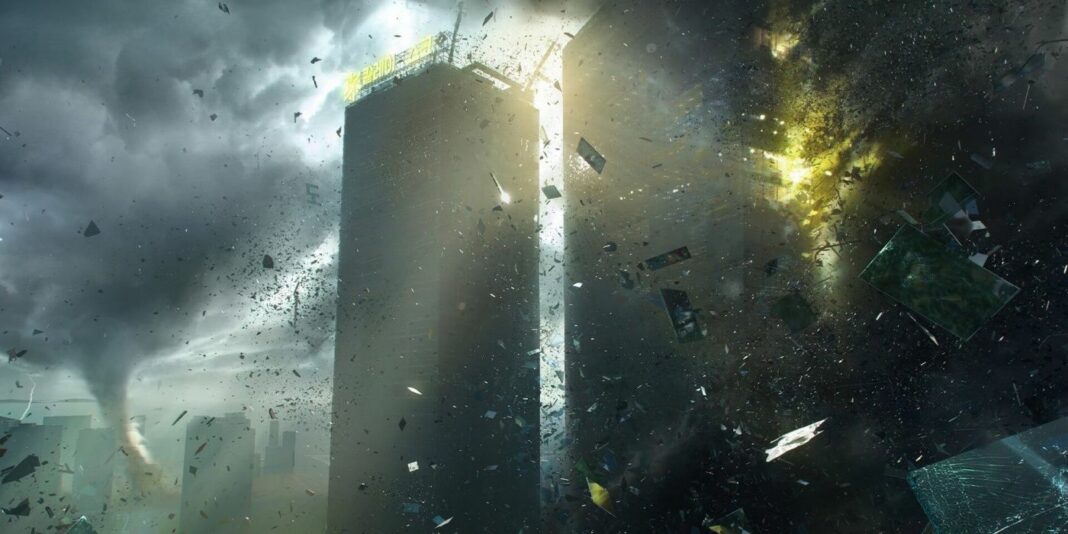 An insider from “Battlefield 2042” has revealed why the previously teased skyscraper destruction didn’t make the cut. Tom Henderson, a reputable leaker, stated months before the shooter’s summer 2021 release that the new Battlefield title would contain updated evolution technologies that would even allow skyscrapers to tumble over. Such an element would appear to be a development of the destructibility seen in games like Battlefield 4.

“Battlefield 2042” was unveiled by Electronic Arts and developer DICE this summer, promising an ambitious installment that will take the franchise to new heights. So far, the players have not been impressed. In reality, many people have been disappointed with the final result, owing to the numerous flaws that have plagued the recently released FPS game. “Battlefield 2042’s” position on Steam’s worst-reviewed games list is due to more than just performance difficulties, gameplay hiccups, and other graphical and mechanical oversights. Changes to the formula, such as DICE’s replacement of the conventional Class structure with unique Specialist positions, have also caused dissatisfaction among the community.

As previously stated, ahead to “Battlefield 2042’s” official introduction, insider Tom Henderson revealed that advanced evolution features would allow players to destroy skyscrapers. However, many have noticed that this level of devastation does not exist in the game. Henderson claimed that skyscraper destructibility was left on the editing room floor during production, in response to questioning on Twitter concerning his story from earlier this year. According to reports, hardware limitations were a major factor in the feature’s cancellation. Developers were also pressed for time, according to the insider.

Cut content/too ambitious due to hardware limitations on what they was trying to achieve with the *little* time they had.

Hopefully if they revert to 64 players and smaller maps in a future entry it will be possible. https://t.co/ZgUyjGaOOm

Henderson goes on to say that decreasing “Battlefield 2042’s” 128 player limit and map sizes could allow advanced destructibility to return in the future. The insider’s theory doesn’t seem out of the realm of plausibility, given that DICE devs have mentioned the large player count as the motivating factor behind the lack of 120fps support on PS5 and Xbox Series X|S.

The new Battlefield installment was released on consoles and PC over a week ago by EA and DICE. However, the response has not been entirely favorable. At the very least, fans may rest confident that the devs are working hard to fix the game’s ongoing bugs and performance issues. The first big patch arrived a day before the official launch, while the second patch arrived less than a week later. The next major upgrade for “Battlefield 2042” should be out within the next few weeks.

Previous articleWho & What Were The Shadows Controlling Logain in “The Wheel of Time”?
Next articleBTS Facts & a Detailed Look At The Crew’s Ship In The “Cowboy Bebop” Video

Warthog From “Halo Infinite” Game Can Still Drive Without Tires