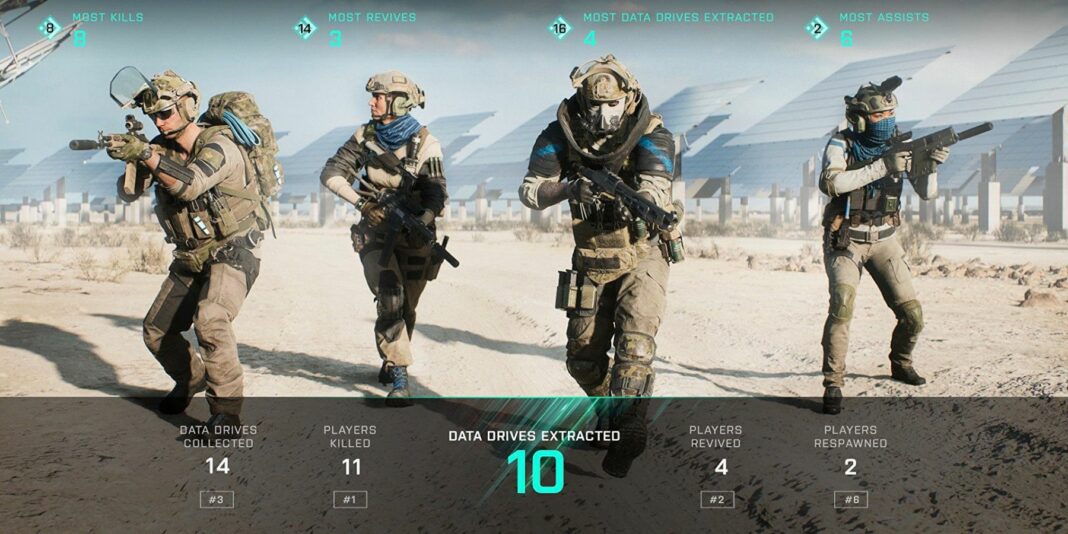 Despite a difficult start, “Battlefield 2042” has nearly doubled the number of players compared to the previous edition in the shooter series, Battlefield 5. The highly anticipated introduction of the brand-new futuristic first-person shooter, which transports players to a near-future scenario, was eagerly anticipated. Unfortunately, “Battlefield 2042’s” incredibly unstable launch has resulted in a slew of faults and has severely tarnished developer DICE’s image.

“Battlefield 2042” was heavily panned upon its initial release due to its lack of polish and a slew of significant issues. When viewed from afar, the game’s graphical performance was found to be severely poor, with other players turning into annoying two-dimensional pictures. The maps are similarly clumsy, with far less detail and polish than those in prior episodes of the series. For many gamers, performance concerns such as rubber banding, lag, stuttering, and even full-blown console crashes have ruined the experience. Many promised elements, such as a single-player campaign and Team Deathmatch multiplayer mode, are absent from “Battlefield 2042”, prompting many fans to consider it a step backward from prior editions like Battlefield 5.

Despite the game’s rocky start, according to GameSpot, “Battlefield 2042” has amassed a community of millions of gamers. According to producer DICE, the latest installment of the game has nearly doubled the number of players in the same amount of time as Battlefield 5. Battlefield 5 sold roughly 7 million copies in its first two months, according to GameSpot, so tripling that number in the same span might make “Battlefield 2042” a huge hit. However, the figure could be slightly misleading if it includes people that took part in the EA Play/Game Pass Ultimate streaming service’s ten-hour free trial.

While many gamers are understandably dissatisfied with “Battlefield 2042’s” current form, DICE appears committed to gradually enhancing the gameplay experience. Battlefield 2042’s roadmap contains different patches to continue making the game even better. Patches have already been released to remedy the title’s most glaring faults, and the game’s roadmap includes various improvements to continue making the game even better. Missing weapon loadouts, the inability to resurrect teammates, and the inability to even spawn into a match were all flaws at launch, but they’ve all been fixed now. To improve the game, balance improvements such as decreasing the armor of some aircraft have been implemented. The “Battlefield 2042” roadmap outlines more server stability, balance, and player advancement improvements that should be available in the near future.

Given “Battlefield 2042’s” terrible launch, it’s surprising that the game is supposedly doing very well in terms of player numbers. The game is currently being played by millions of people, and it has outperformed its predecessor Battlefield 5. “Battlefield 2042’s” unsatisfactory launch prompted many to condemn it as an unmitigated failure, despite the fact that the series’ last installment was not very well received. While DICE’s newest shooter presently has among of the lowest ratings on Steam, tweaks and updates could help the futuristic adventure become a huge success.

Previous articleA “Squid Game” Smuggler Is Sentenced To Death For Sneaking A Show Into North Korea
Next articleRecap of “Gossip Girl’s” Midseason Premiere: A Family Affair