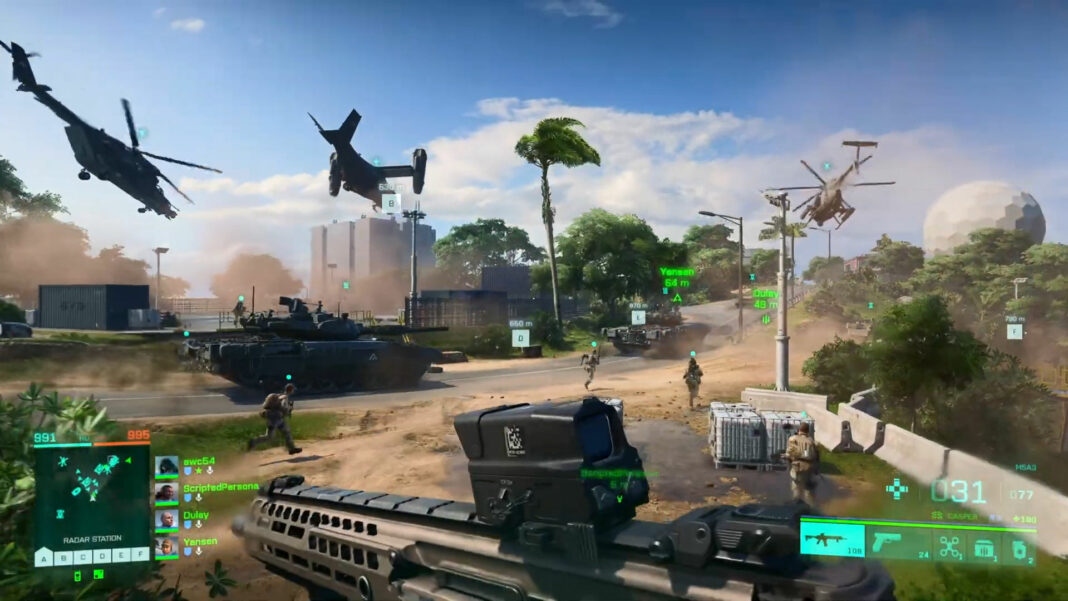 Part of the poor reception for “Battlefield 2042” has been attributed to Halo Infinite, according to an EA executive. “Battlefield 2042” is still seen as a failure by players months after its release. Though patches have since been published to correct the game’s problems, the underlying features of DICE’s latest shooter are inherently wrong. As a result, many people are becoming frustrated with DICE and EA because they don’t have a clear roadmap for new material and updates.

“Battlefield 2042“ players have started a petition asking for refunds, but EA has yet to answer. While DICE has a history of releasing games in unplayable or contentious situations, “Battlefield 2042” is by far the most aggravating for fans. The game was billed as a love letter to franchise fans, and it claimed to be the first in the series to accommodate 128 players. It also included a return to a modern environment, which had been demanded by fans for quite some time. This should’ve been a grand slam for EA and DICE by all measures, but it wasn’t. Massive problems, terrible maps, mediocre gameplay, and other issues plagued the game.

Laura Miele, EA’s Chief Studios Officer, reportedly chalked up “Battlefield 2042’s” poor reception to Halo Infinite during a company town hall meeting on February 15, according to a new report from XFire. In the wake of reports that “Battlefield 2042’s” player count is declining, Miele addressed the employees, discussing morale, the state of the game, and what led them to this point. She stated that the game was receiving positive reviews and that it was “stable,” but that everything changed on November 15 when Halo Infinite’s multiplayer was released unexpectedly.

According to Miele, Halo Infinite’s refined release drew unfair and unflattering parallels to “Battlefield 2042’s” buggy status. It seems a leap to believe that the release of 2042 was going swimmingly until other people started playing a different game. Although Halo Infinite may have been the better game because it felt more finished and competent, “Battlefield 2042” has been receiving negative feedback from fans since its beta in October.

With the announcement that “Battlefield 2042’s” season one will be delayed, fans are left wondering when the game will become better. Furthermore, a lack of new content is driving players away. The present list of game features has left some players unsatisfied, which has undoubtedly contributed to the reduction in players, but it’s uncertain whether future seasonal improvements will be able to win them back. The future of “Battlefield 2042” is a little frightening with this perspective from the leadership and a lack of comprehension of why the game failed.

Previous articleFootage From “Halo Infinite” Forge Mode Has Allegedly Been Leaked Online
Next articleAccording to a Lawyer, the Price of “Horizon Forbidden West” Could Be Considered Deceptive

19 Christmas Decorations to Get You Into a Holiday Mood

Funk Flex Tried To Expose Cardi B In 2018: “Cardi’s Team & Many Other Artist Pay DJs To Play Records & Say That ‘They...