Players can preload and play the “Battlefield 2042” beta at the following times, according to DICE. The forthcoming beta will last a little over a week and will include Orbital, one of the largest maps in the franchise’s history. This will be the first opportunity for players to experience “Battlefield 2042” in a public test.

“Battlefield 2042“ was delayed earlier this month from its intended October release date until November 2021. The beta was planned to start in September, but something unexpected happened at the last minute, causing a delay. DICE hasn’t explained what triggered the dramatic change, but it appears that the developer is simply using the extra time to polish the game before its release. Regardless, players will soon have the opportunity to play the game and see how it compares to the other large shooters available this Christmas season.

Players can preload the beta on October 5 at 12 a.m. PST/3 a.m. EST, according to EA. For those who have pre-ordered “Battlefield 2042”, the beta will begin on October 6 at 12 a.m. PDT/3 a.m. EDT, and the open beta will begin on October 8 at the same time. The test will end on the same day as the debut, giving gamers around four days to get their fill of the game before it goes live. DICE has only announced one map and game mode for the test so far, but it sounds like it will be quite large. 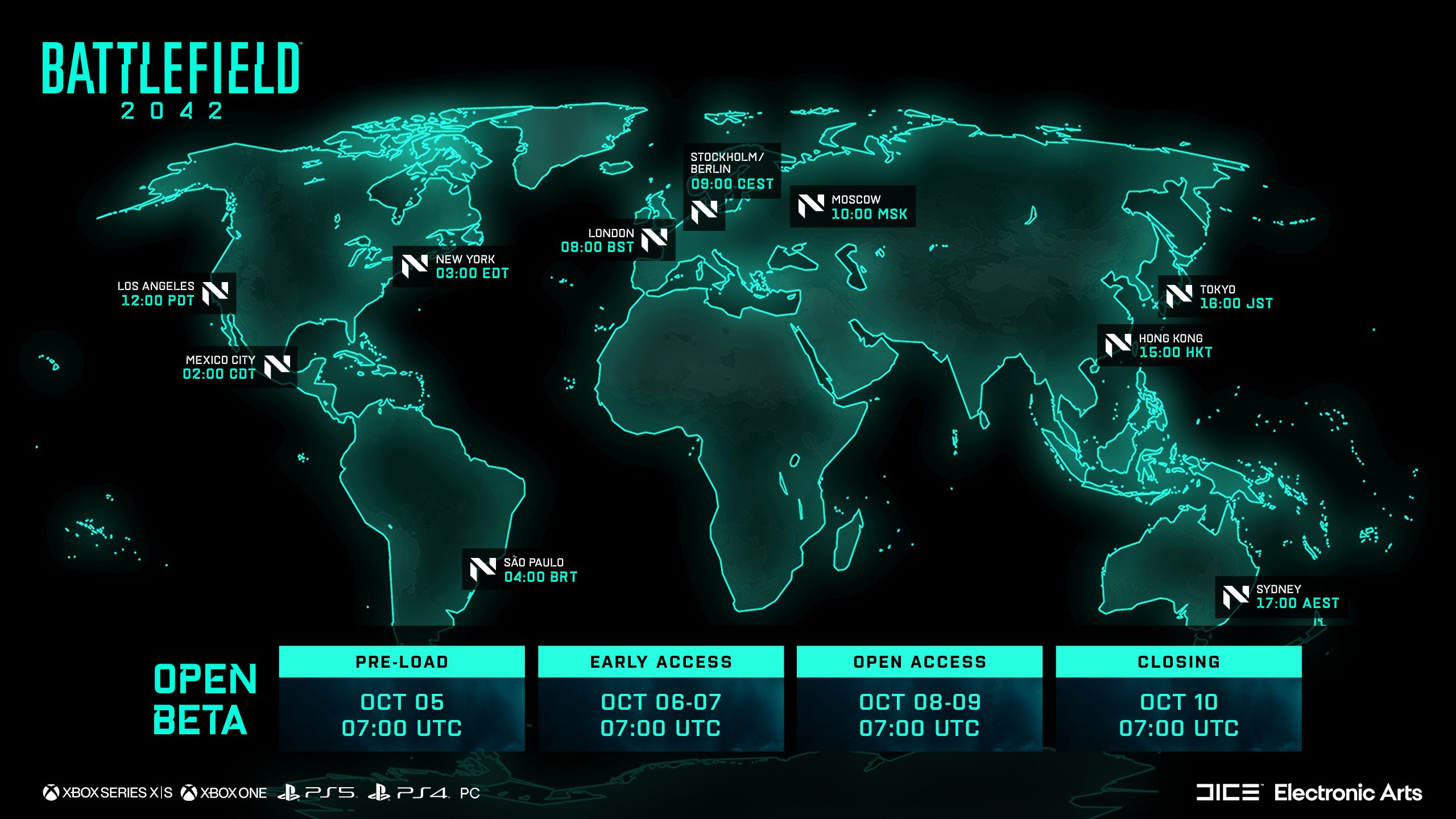 DICE and EA haven’t demonstrated much of the game’s gameplay, so this will be the first genuine chance for players to discover what it’s made of. In August, a technical test of the game was held, but it was carefully guarded by NDAs. “Battlefield 2042” has a lot to live up to after the public playtests of Halo Infinite and Call of Duty: Vanguard.

On November 12, a week before the game’s release, fans will be able to obtain early access to “Battlefield 2042”. EA will allow users to pre-order the game for $99.99, giving them a huge advantage over those who wait until the following week to obtain the normal version. The game will be released between Halo Infinite and Call of Duty: Vanguard, but its massive player base, cross-play, and catastrophic weather features may be enough to persuade gamers to choose Battlefield this year.